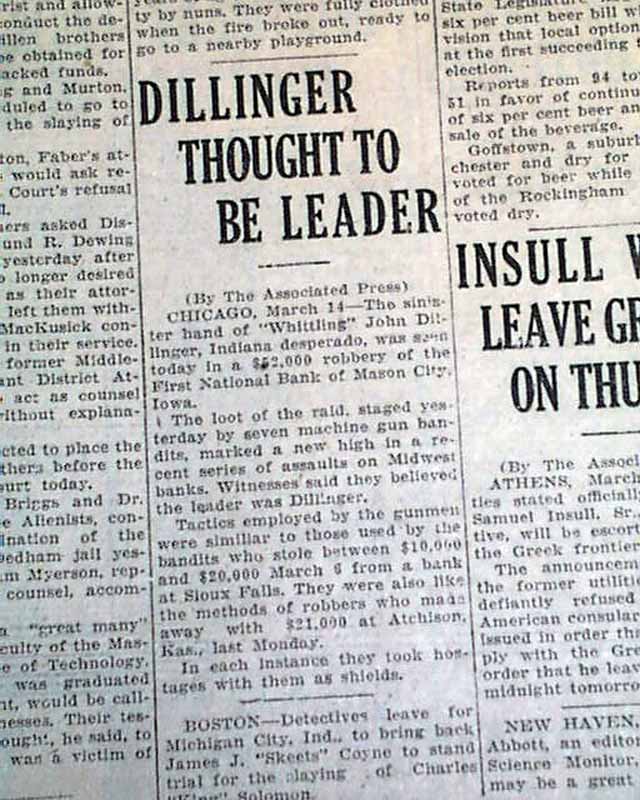 The front page has a one column heading: "DILLINGER THOUGHT TO BE LEADER" First report coverage of the bank robbery in Mason City, Iowa that was later proven to be indeed John Dillinger's work. This was done shortly after his famous wooden gun escape from Crown Point jail in Indiana.
Complete with 12 pages, light toning and some wear at the margins.