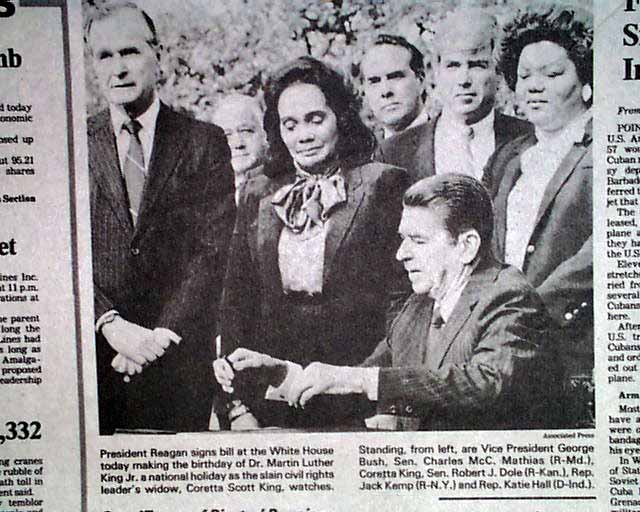 The front page of this issue has both an image and an article of President Ronald Reagan publicly signing a bill to establish January 18th as a Federal Holiday celebrating Dr. Martin Luther King. This issue is the Late Final edition and so it contains "day of" coverage.
The complete 1st section only, in very good condition.