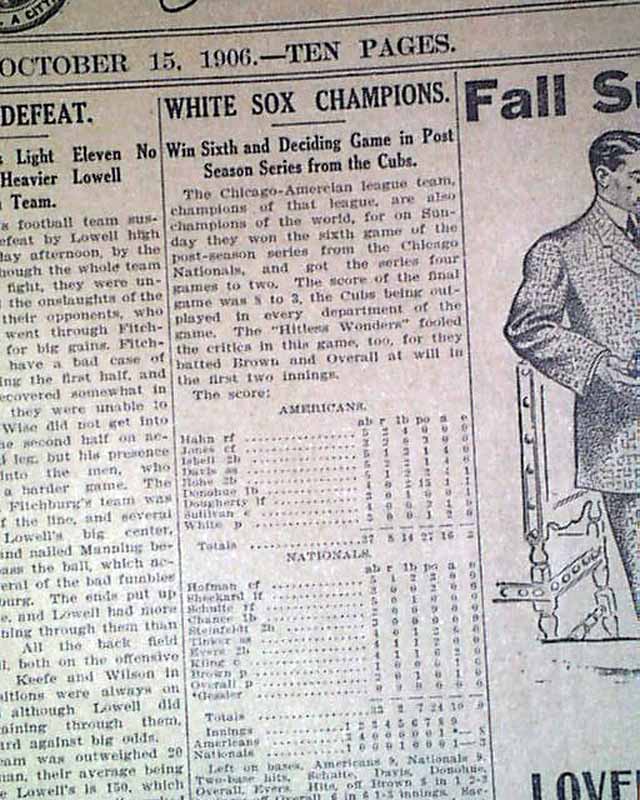 
FITCHBURG SENTINEL, Fitchburg Sentinel, Mass. A set of 5 issues reporting on 5 of the 6 games (missing game #5) of  the 1906 Major League Baseball World Series. The newspapers are dated October 10-13, 15, 1906. The final issue shows the victory of the Chicago White Sox over the Chicago Cubs. See images and the note below.
Additionally, there is an article titled, "NEGRO CITIZENSHIP, Booker T. Washington Gives His View On The Subject".
Each issue is believed to be complete however, they are being sold for the described content.  The issues are still bound together and have some edge tears and flaking, however, none of the described content is impacted. Good for the era but they are very fragile and should be handled very carefully..

* The White Sox "hitless wonders" unexpected triumph is considered one of the greatest upsets in World Series history.