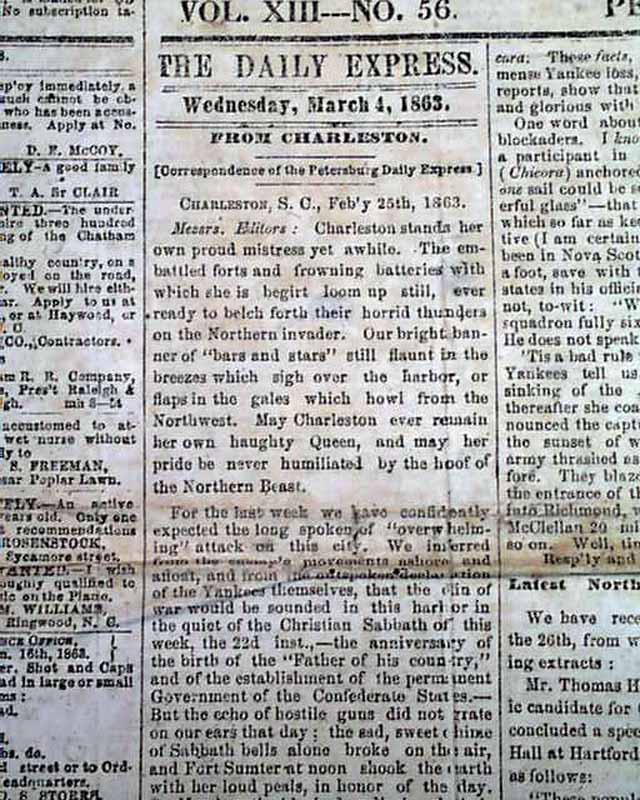 Nice letter from a soldier in the war...

War news from the Confederacy...