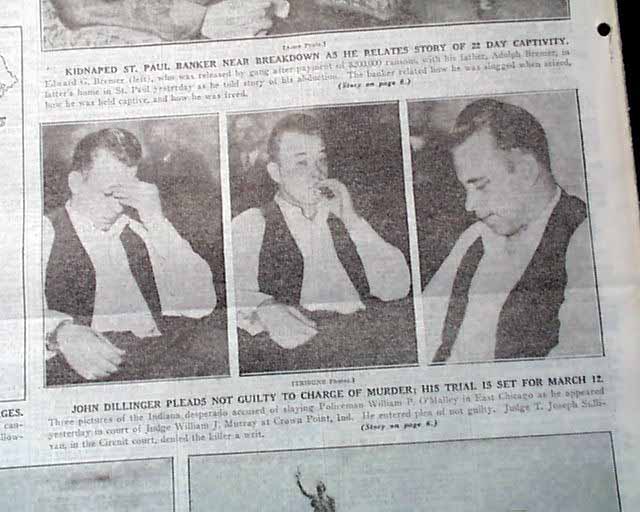 The back page has a 3 photo pictorial of John Dillinger in a Crown Point, Indiana courtroom. The top of page 6 has a one column heading: "MURDER TRIAL OF DILLINGER IS SET FOR MARCH 12" with subhead. (see) Dillinger would make his infamous escape from the Crown Point jail a few weeks later with a fake gun. Nice to have in this famous Chicago publication, the city where Dillinger would ultimately be taken out.
Complete with 30 pages, rag edition in very nice condition. A few small binding holes along the spine.