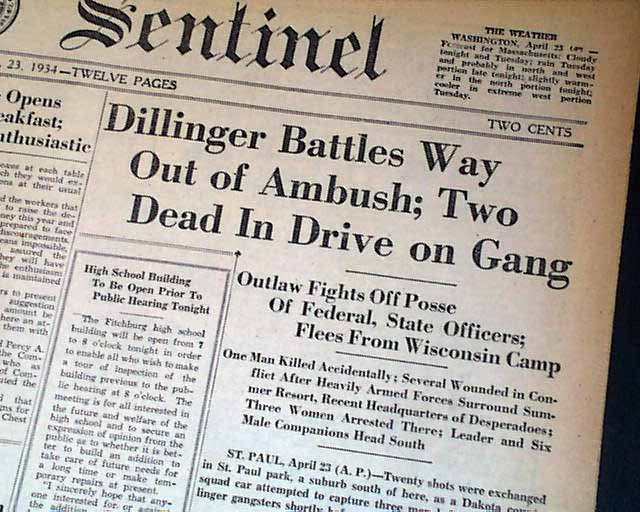 The top of the front page has a three column headline: "Dillinger Battles Way Out of Ambush; Two Dead in Drive on Gang" with subheads. (see) First report coverage on the Little Bohemia Lodge shootout & escape in Wisconsin.
Complete with 12 pages, light toning at the margins, a few small binding holes along the spine, nice condition.