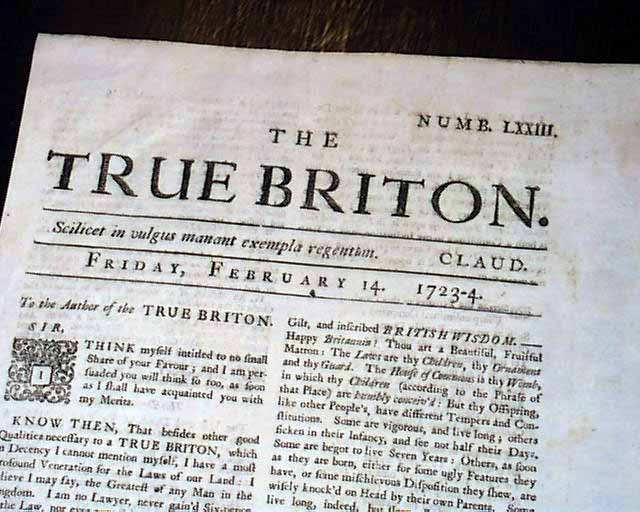 The double date is due to the use of both the Julian (1723) & *Gregorian (1724) calendars at the time. A quite uncommon single sheet newspaper which has comparatively large lettering in the masthead. Rather than present news reports, this newspaper  is almost entirely editorial with much on politics. The back page includes "Advertisements".
Complete as a single sheet, full red tax stamp to the back page, very nice, clean condition with wide, untrimmed margins.
* The Gregorian Calendar is what is currently used in the majority of the world.