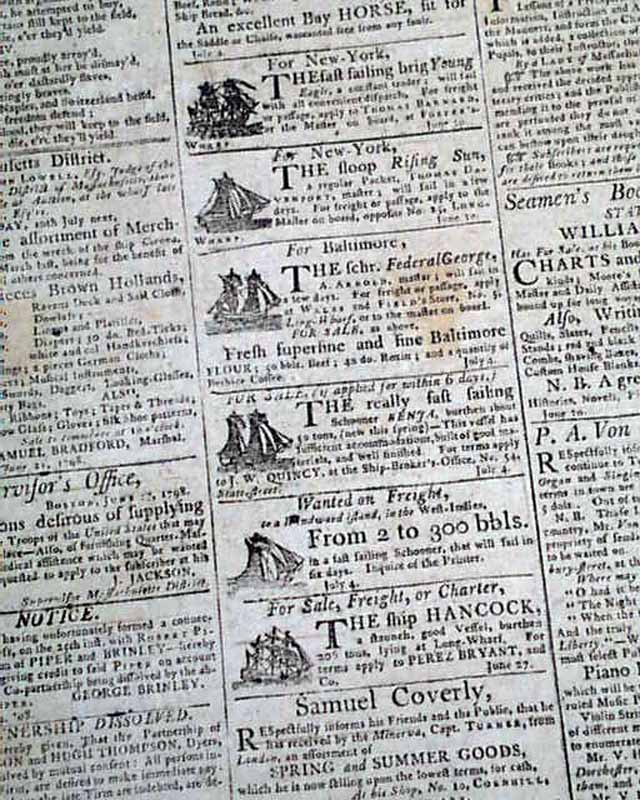 On the front page in the last column is an official letter from an American officer in Paris announcing the death of the famous naval officer, John Paul Jones.
It is interesting to note that the letter states that the American minister ordered: "Jones' body ...to be interred in the most private manner, and at the least possible expence...". The letter then says that the commissary who was put in charge believed a public funeral was more appropriate and that he would pay the expences if the Americans failed to do so.
Subsequently, a deputation of twelve members were ordered to assist in the funeral. Hereafter are details about the funeral, plus mention that the body was deposited in a sepulcre. Includes the text of the discourse delivered by a Protestant Minister of Paris at the burial site.
Among the words spoken about Jones in the discourse: "The fame of the brave survives the stroke of death....What homage more flattering can we render to the memory of Paul Jones, than to swear upon his tomb to live free or die?"
Four pages, wide, untrimmed margins, some toning to the right side, generally good condition.