Home > Back to Search Results > Chloramphenicol is made artificially for the 1st time...
Click image to enlarge 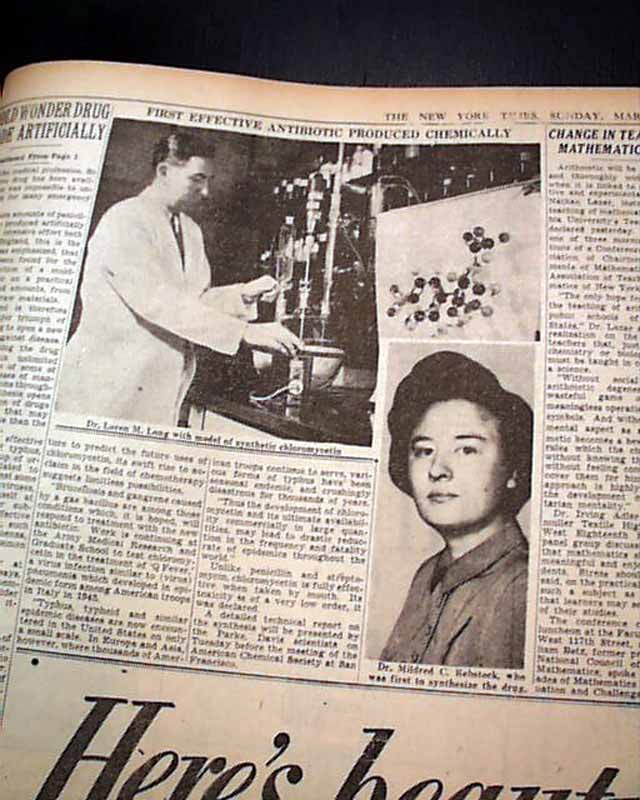 Chloramphenicol is made artificially for the 1st time...

Near the bottom of the front page is a two column heading: "'Wonder Drug,' Foe of Plagues, Is Made Artificially in Quantity" First report coverage continues on page 63 with 2 related photos including one of Mildred Rebstock, American pharmaceutical chemist. This was the first instance of an antibiotic being fully synthesized. Always nice to have notable events in history reported in this World famous publication.
Complete 1st section only with all 80 pages, light toning at the margins, nice condition.

wikipedia notes: Chloramphenicol was first isolated from Streptomyces venezuelae in 1947 and in 1949 a team of scientists at Parke-Davis including Mildred Rebstock published their identification of the chemical structure and their synthesis, making it the first antibiotic to be made instead of extracted from a micro-organism.