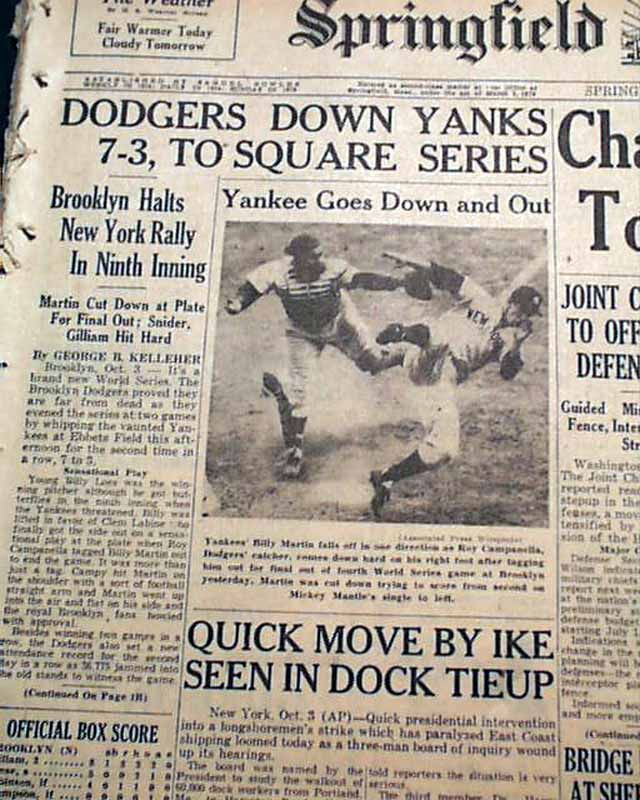 The top of the front page has a three column heading: "DODGERS DOWN YANKS 7-3, TO SQUARE SERIES" with subheads, related photo and box scores. (see) Much more in the sport's section.
Other news, sports and advertisements of the day. Complete in 60+ pages, light toning at the margin, some residue along the spine from disbinding, generally nice.