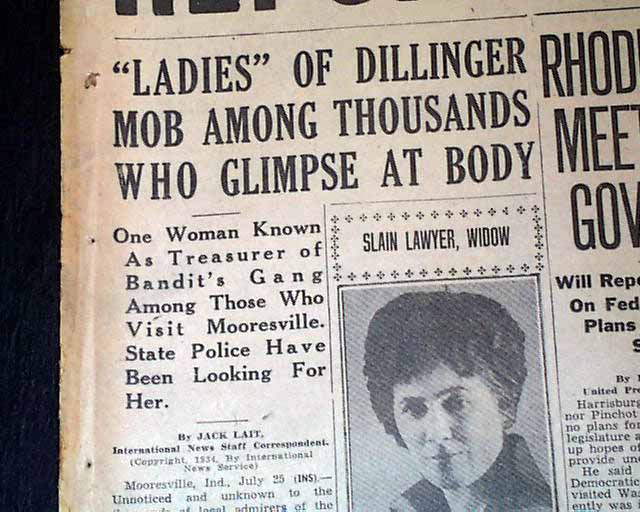 The front page has two column heading: "'LADIES' OF DILLINGER MOB AMONG THOUSANDS WHO GLIMPSE AT BODY" with subhead. (see) The top of page 2 has a banner headline: "GOVERNMENT AGENTS GUARDING 'WOMAN IN RED'" with subheads. A related pictorial is on page 17. (see)
Twenty-eight pages, light toning and some tattering at the margins, generally good. Should be handled with care.