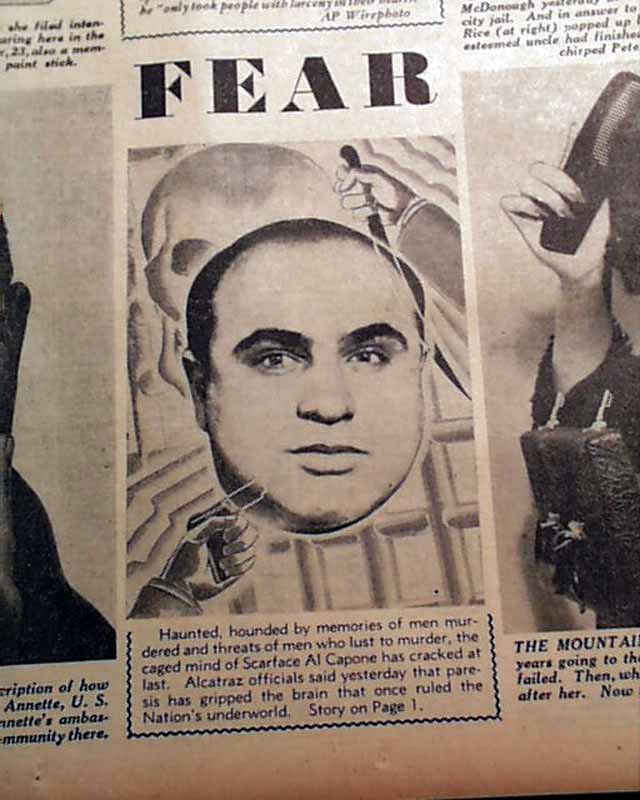 * Gangster Al 'Scarface' Capone
* Alcatraz federal prison "The Rock"
* Best title to be had ? - rare as such

The front page has a one column heading: "Prison Death fear Drives Capone Mad" with subheads. Related photo under: "FEAR" and brief text is on page 10. (see) Nice to have from the city where is was being held.
Complete with 30 pages, light toning at the margins, small binding holes along the spine, generally nice.