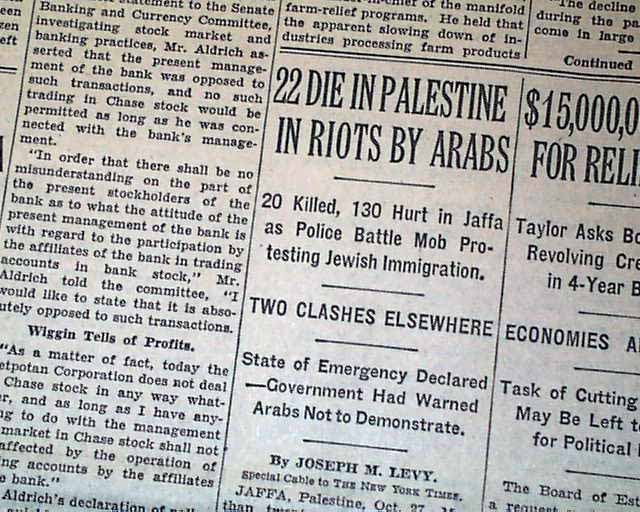 The front page has a one column heading: "22 DIE IN PALESTINE IN RIOTS BY ARABS" with subheads. (see) First report coverage on the 1933 Palestine riots during the intercommunal conflict in Mandatory Palestine.
Other news, sports and advertisements of the day. Complete in 32 pages, light toning at the margins, nice condition. 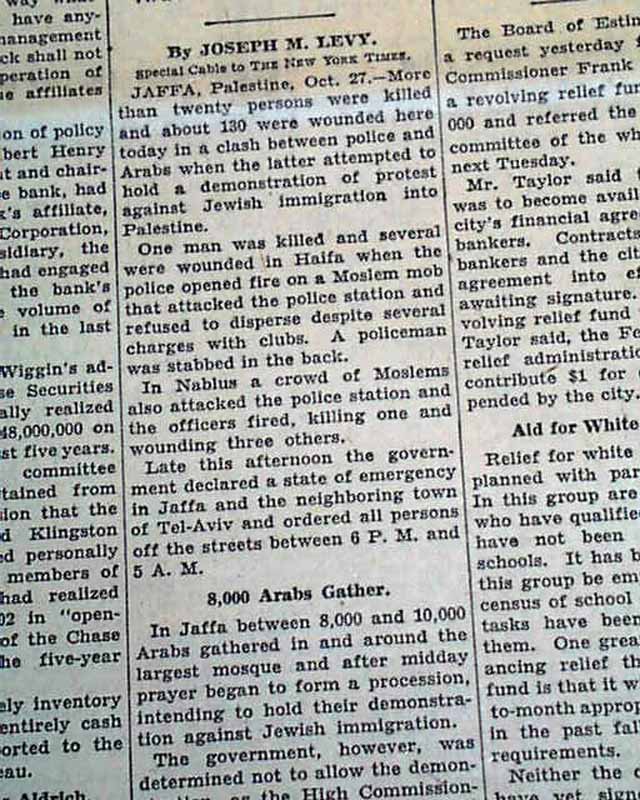 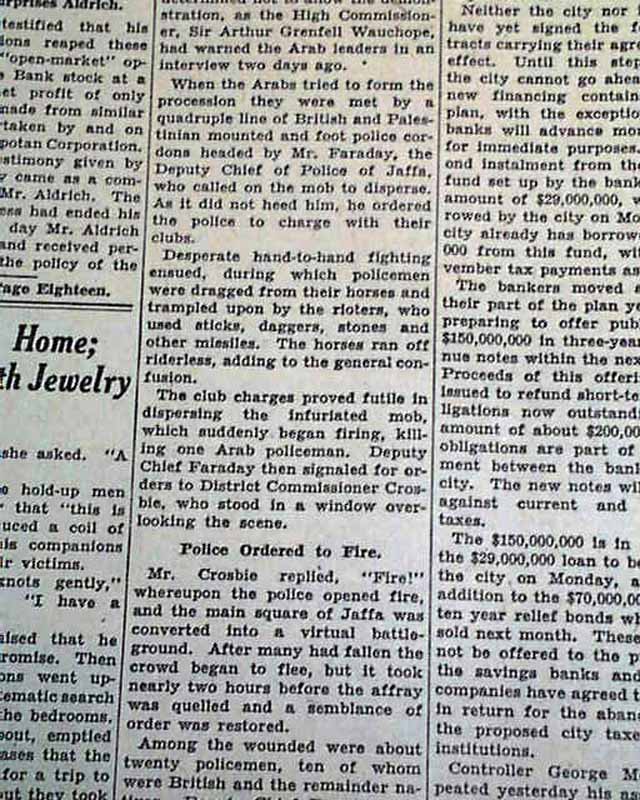 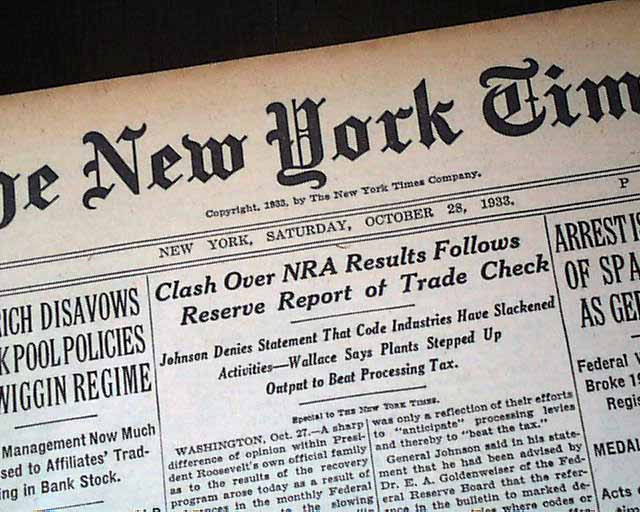 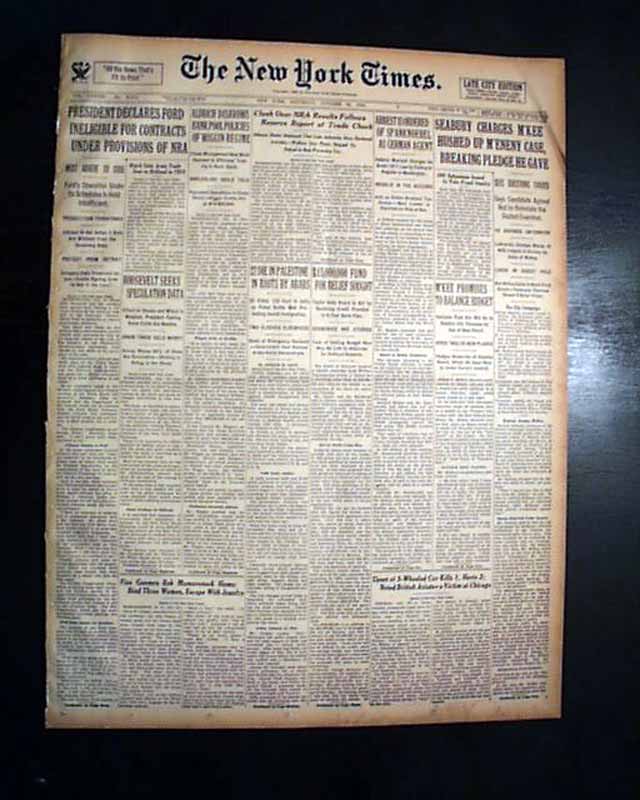