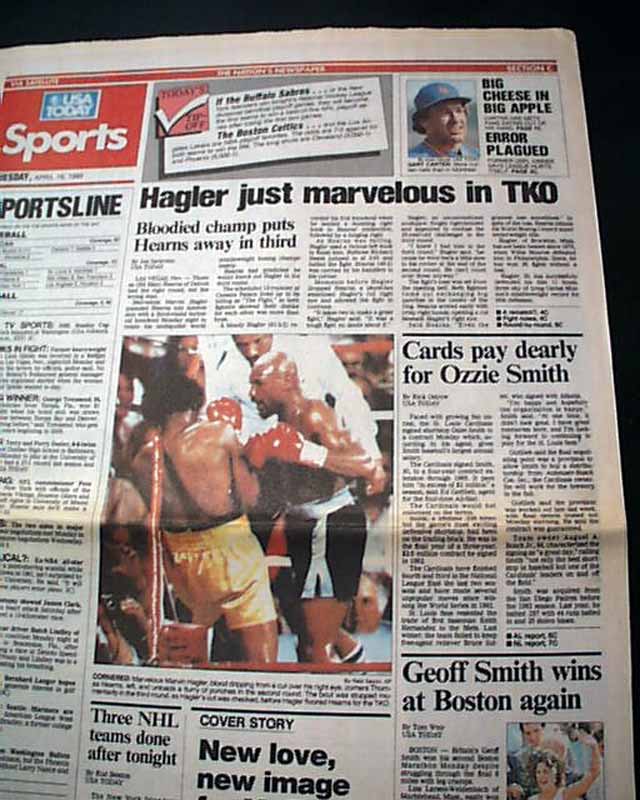 The front page has a five column headline: "Marvelous Marvin wins his 'war'" The front page of the sport's section has another headline: "Hagler just marvelous in TKO" with subhead and color photo. First report coverage continues inside this section. This famous middleweight championship boxing match is considered the three greatest rounds in boxing history, due to its constant action, and violent back-and-forth exchanges.
Complete with all sections (36 pages), nice condition.