Home > Back to Search Results > Bobby Unser wins his first 500... In an Indianapolis newspaper...
Click image to enlarge 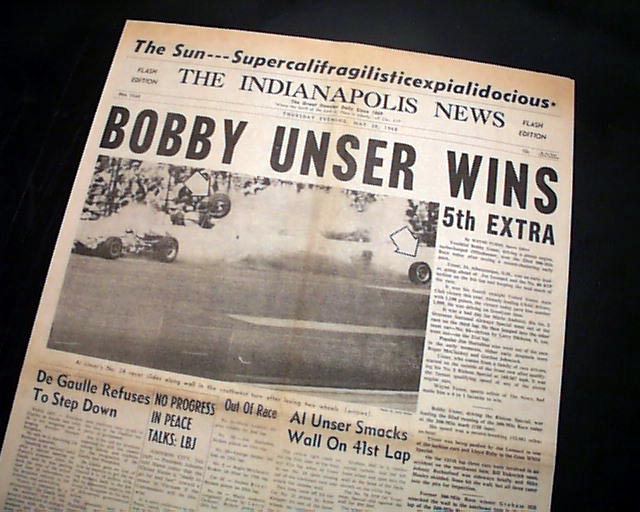 Bobby Unser wins his first 500... In an Indianapolis newspaper...

When it comes to having a great issue on the Indianapolis 500 I'm not sure they get much better than this.
The front page banner headline announces: "BOBBY UNSER WINS" as reported in this, the "5th Extra". Featured is a large photo of his brother Al Unser hitting the wall, and a photo of Bobby Unser.
Bobby Unser and others in his famous family won the Indianapolis 500 a record nine times, 3 of them by Bobby (1968 was his first).
This is the "Flash Edition" and has 8 pages. Because so many editions were done on this day I suspect 8 pages made up the complete issue. Nice condition.