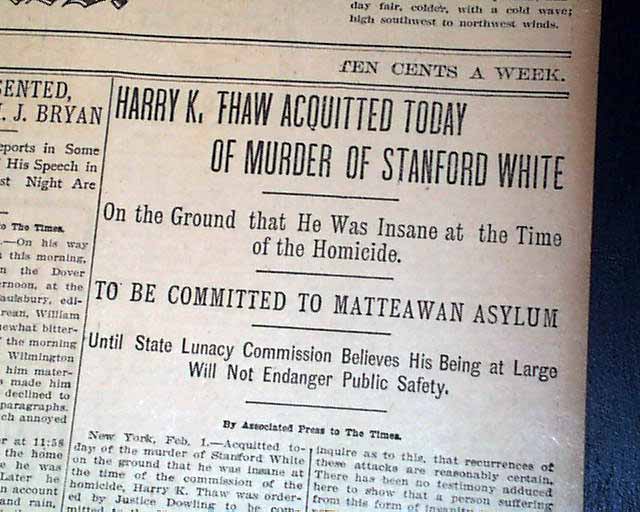 The top of the front page has a two column headline: "Harry K. Thaw Acquitted Today Of Murder Of Stanford White" with subheads. (see)
Ten pages, light toning, piece torn away at the bottom right corner which causes a little text loss to the Thaw report, generally good. Should be handled with care.