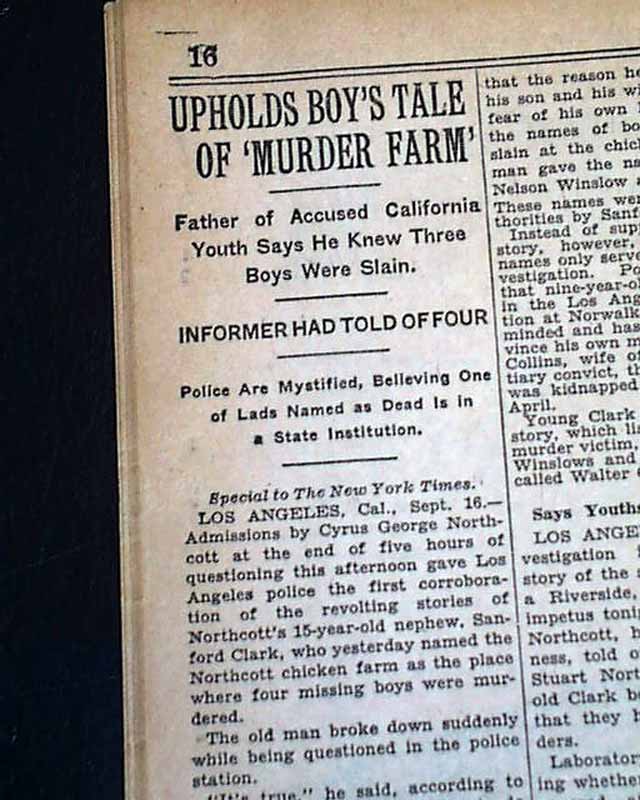 The top of page 16 has one column headings: "UPHOLDS BOY'S TALE OF 'MURDER FARM'" "Father of Accused California Youth Says He Knew Three Boys Were Slain" and more. (see) Coverage on the Wineville Chicken Coop murders when the 1st pieces of evidence came to light. These murders were featured in the Clint Eastwood movie 'Changeling' starring Angelina Jolie. I suspect this is one of the few publications to report this particular event as other titles in our inventory do not.
Other news, sports and advertisements of the day with much on the 1928 Okeechobee Hurricane in Florida. Complete in 48 pages, light toning at the margins, a little irregular along the spine, generally nice.