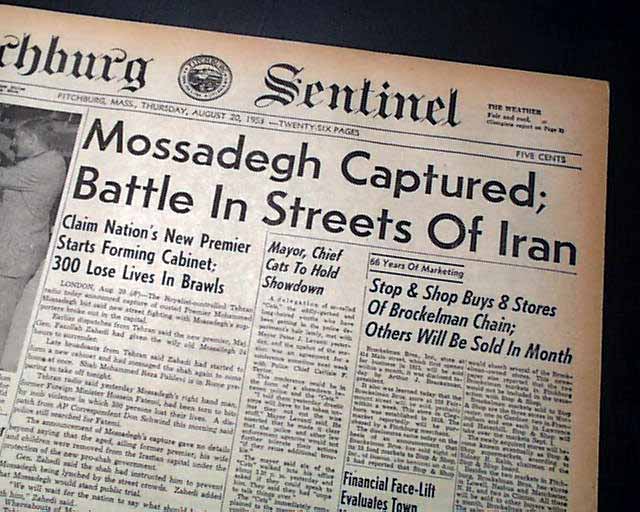 The top of the front page has a five column headline: "Mossadegh Captured; Battle In Streets Of Iran" with subhead. (see)
Complete with 26 pages, light toning at the margins, some tiny binding holes along the spine, nice condition.