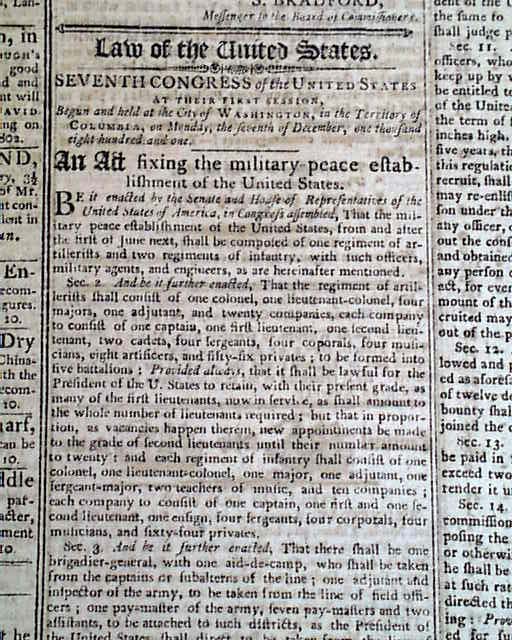 Over half of the front page is taken up with the historic printing of: "An Act Fixing the Military Peace Establishment of the United States" which is signed in script type by the President: Th. Jefferson, and in block type by Aaron Burr & Nathaniel Macon.
Of particular significance is the text contained in "section 27" which creates the West Point Military Academy, reading: "...that the said corps, when so organized, shall be stationed at West Point in the state of New York & shall constitute a military academy; and the engineers, assistant engineers & cadets of the said corps shall be subject, at all times, to do duty in such places & on such service as the President of the United States shall direct."
Four pages, never-trimmed margins, very nice condition.