Home > Back to Search Results > Several items on the California Gold Rush of 1849...
Click image to enlarge 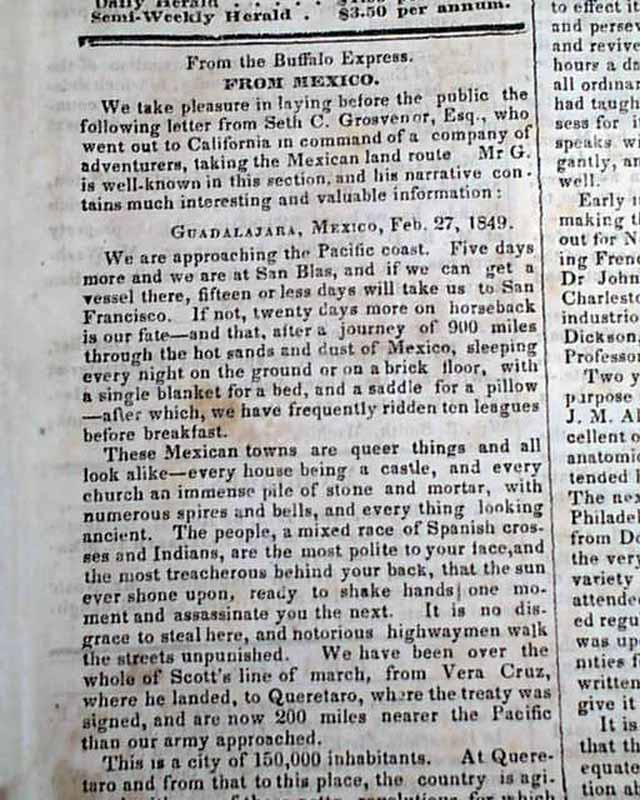 Several items on the California Gold Rush of 1849...


DAILY HERALD, Newburyport, Massachusetts, April 25, 1849  This issue has many reports concerning the Gold Rush of 1849, with the front page beginning with a quite detailed letter which is prefaced with: "From Mexico" "...the following letter...who went out to California in command of a company of adventurers, taking the Mexican route...his narrative contains much interesting and valuable information." What follows is the letter.
Page 2 begins with: "Sufferings of California Emigrants", then a: "...letter...dated Independence, Mo...mentions 13 companies which were encamped at that place ready to move as soon as circumstances would permit for California...". Two other smaller items as well.
Four pages, damp staining, archivally rejoined at the blank spine, otherwise nice.