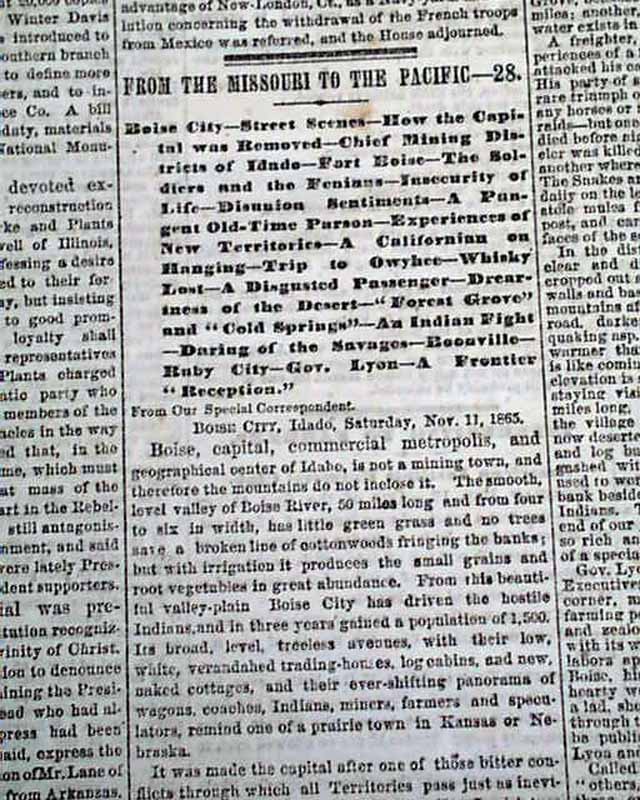 
NEW YORK WEEKLY TRIBUNE, March 3, 1866  The conclusion of the Civil War brought with it an interest in expending west, so it would not seem unusual that articles that read like a 19th century travelogue would appear in newspapers of the day.
This issue has one on page 5, which was part of a larger series: "FROM THE MISSOURI TO THE PACIFIC" with subheads: "Boise City--Street Scenes Chief Mining Districts of Idaho--Fort Boise--The Soldiers & the Fenians" "Insecurity of Life--Experiences of New Territories--A Californian on Hanging--Tripn to Owyhee--Dreariness of the Desert--An Indian Fight--Daring of the Savages..." and more.
The report takes over a full column and is very detailed on what was seen & experienced during the excursion.
Eight pages, a bit of mild foxing, nice condition.