Home > Back to Search Results > Indian troubles in the West...
Click image to enlarge 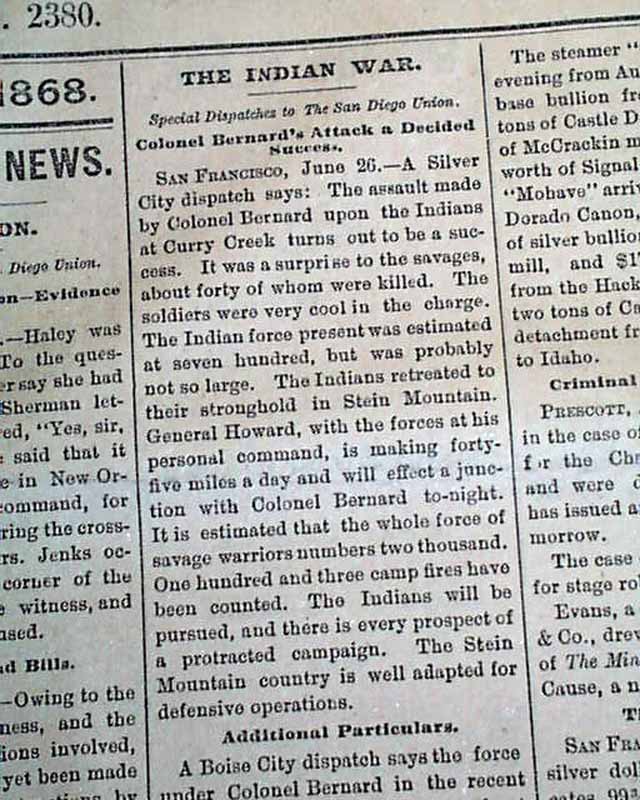 Indian troubles in the West...


THE SAN DIEGO UNION, California, June 27, 1878  The front page has: "The Indian War" "Colonel Bernard's Attack a Decided Success" and: "Additional Particulars" then: "A Large Camp of Squaws and Non-combatants" "with: "A Formidable Contest Impending--Disaffection of the Whole Indian Population--Chief Moses on the War Path".
Four pages, archival strengthening at some margins, and a bit fragile but in nice condition.