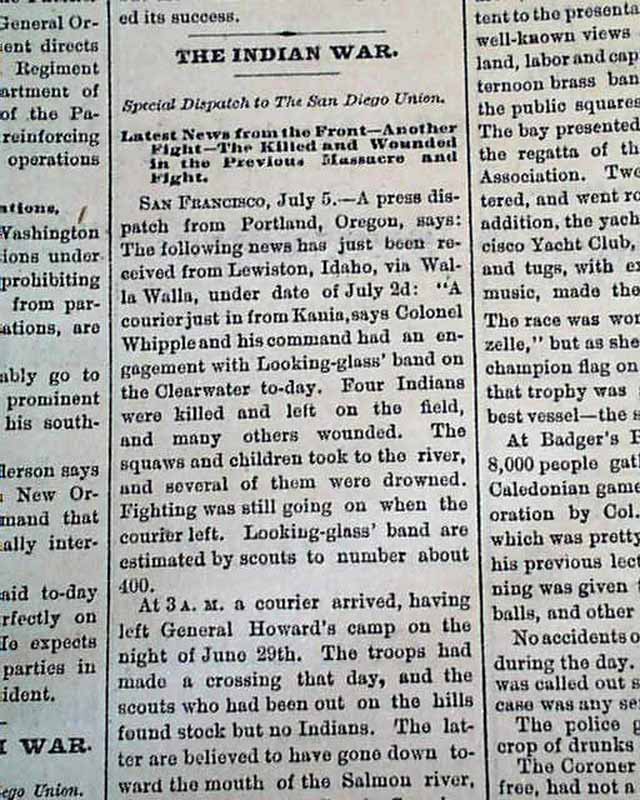 The front page has over two-thirds of a column taken up with accounts of: "The Indian War" "Latest News from the Front--Another Fight--The Killed and Wounded in the Previous Massacre and Fight". These are reports concerning the Nez Perce War.
Four pages, a bit fragile but in nice condition.