Home > Back to Search Results > Battle with the Nez Perces Indians...
Click image to enlarge 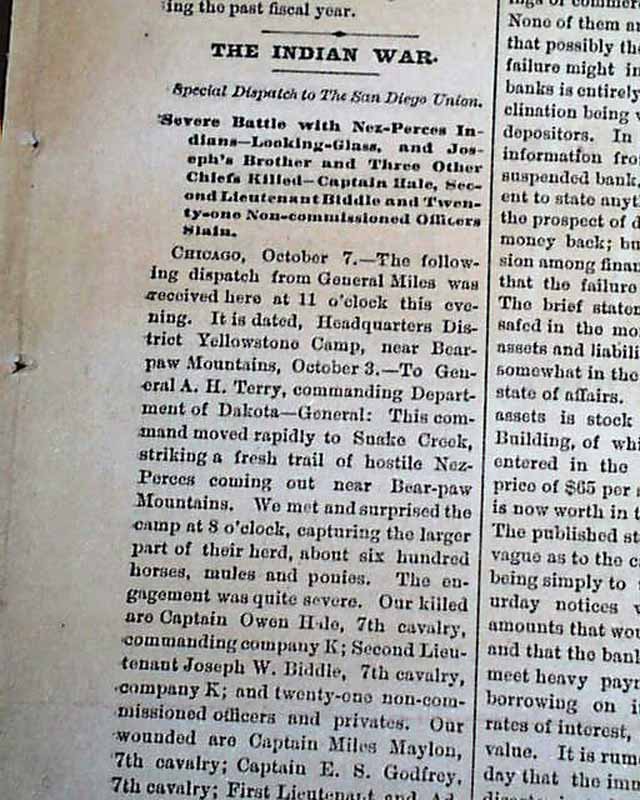 Battle with the Nez Perces Indians...

Among the front page articles is: "THE INDIAN WAR" "Severe Battle with Nez Perces Indians--Looking-Glass, and Joseph's Brother and Three Other Chiefs Killed--Captain Hale, Second Lieut. Biddle and 21 Non-commissioned Officers Slain".
The report takes over half a column, with much detail.
Four pages, a bit fragile but in nice condition.