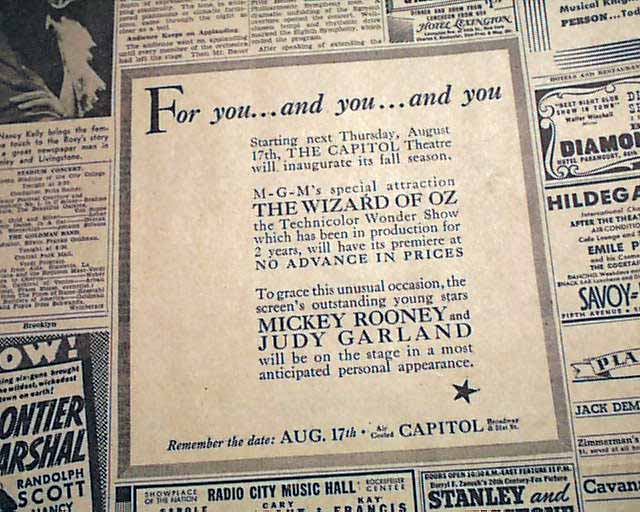 Page 4 has an historic advertisement in early film history. See images for a 6 x 6 inch ad for the premiere of "The Wizard of Oz" in New York City. This was 6 days prior to it's grand opening. New York City was one of the first cities to release this film making this ad rare as such, especially being 6 days prior.
Other news, sports and advertisements of the day. Complete in 24 pages, light toning and minor wear at the margins, small library stamp within the masthead, small binding holes along the spine, generally nice. 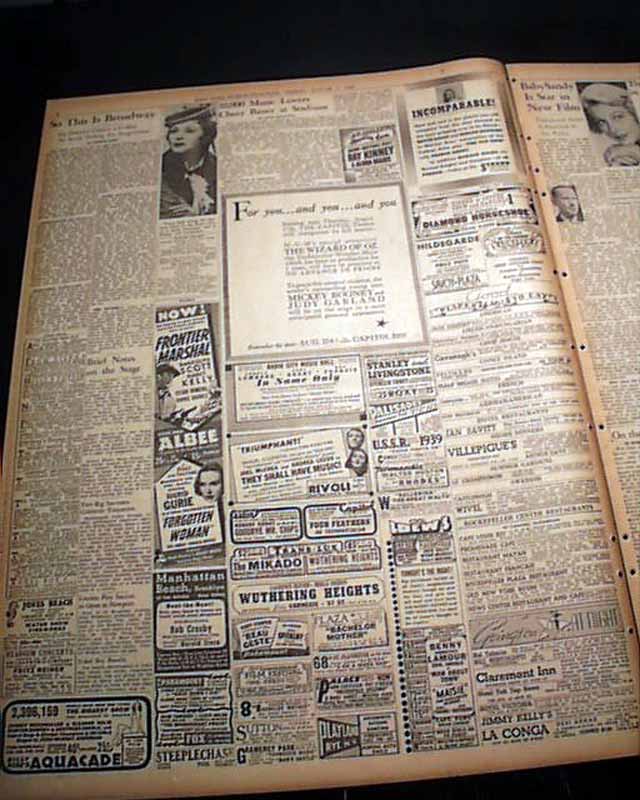 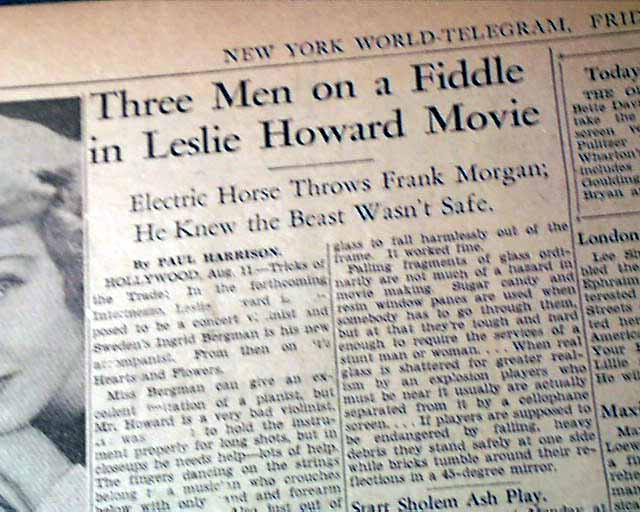 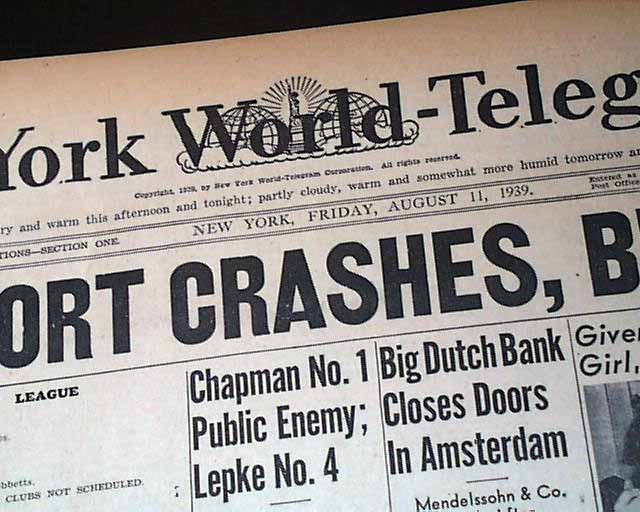 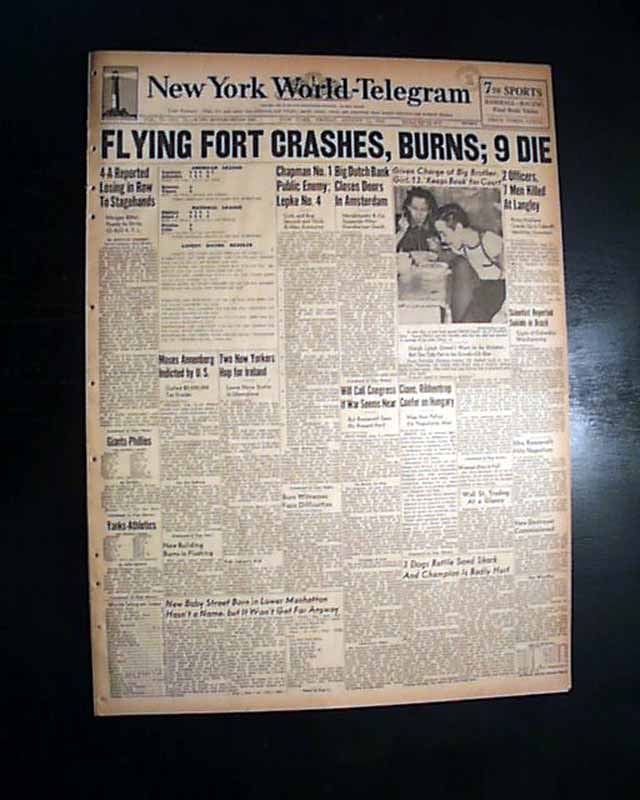