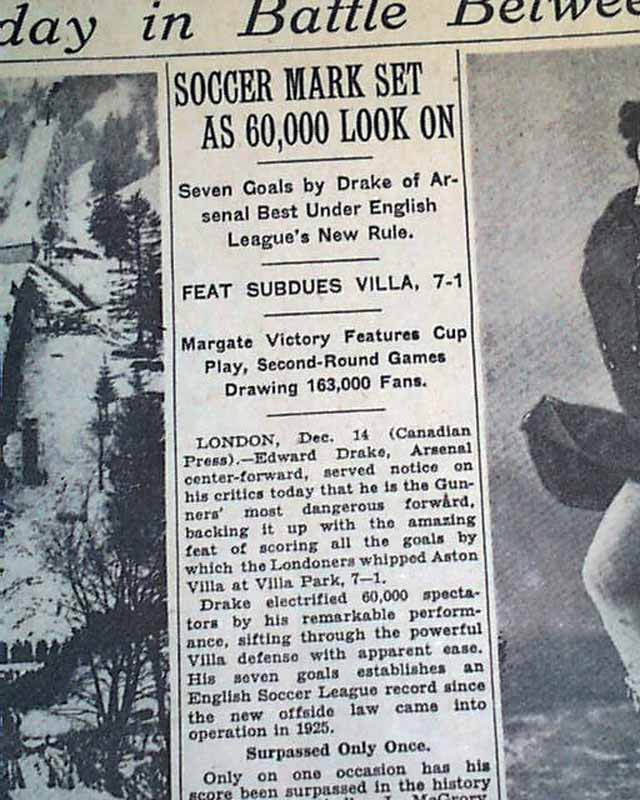 Page 4 of this section has a one column heading: "SOCCER MARK SET AS 60,000 LOOK ON" with subheads that include: "Seven Goals by Drake of Arsenal Best Under English League's New Rule" and more. (see)
Other sporting news of the day. Complete sport's section only with all 8 pages, light toning at the margins, irregular along the spine, generally good.

wikipedia notes: The 1935–36 season First Division match between Aston Villa and Arsenal at Villa Park took place on 14 December 1935. Arsenal won the fixture 7–1 with all of their seven goals scored by striker Ted Drake, a record haul for a top flight fixture, and a record for any division at the time. The top-flight record still stands today and is all the more notable due to Drake being on the away team and also carrying a knee injury at the time.