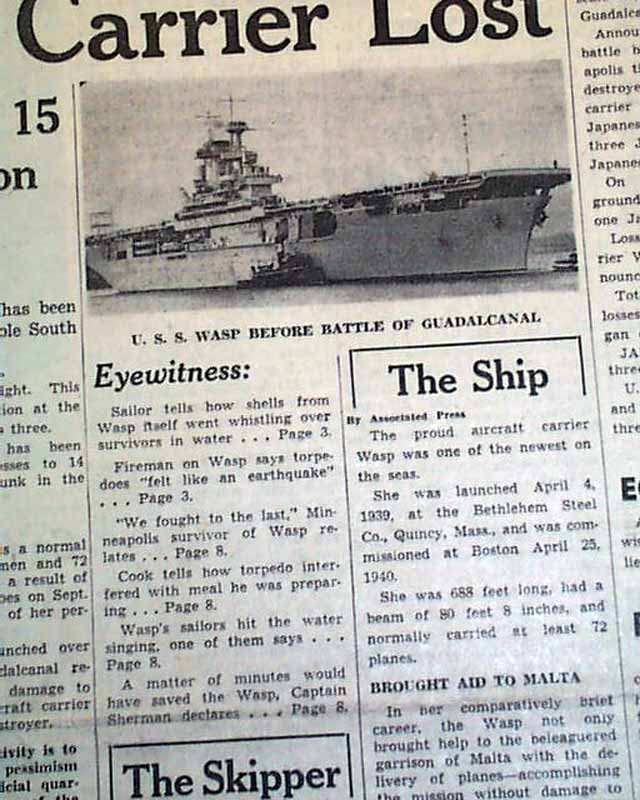 The front page has a four column heading: "3rd U. S. Losses Carrier Lost" with subhead: "Wasp Sinking Sept. 15 Heightens Gloom on Pacific Outlook" and photo. Coverage contines inside with another photo. (see) "This sinking actually happened over a month ago but was not made public until now making this still a first report.
Complete with 22 pages, some small ink notations throughout including on just above the front page heading that reads: "wwII", light toning at the margins, some small binding holes along the spine, generally nice.