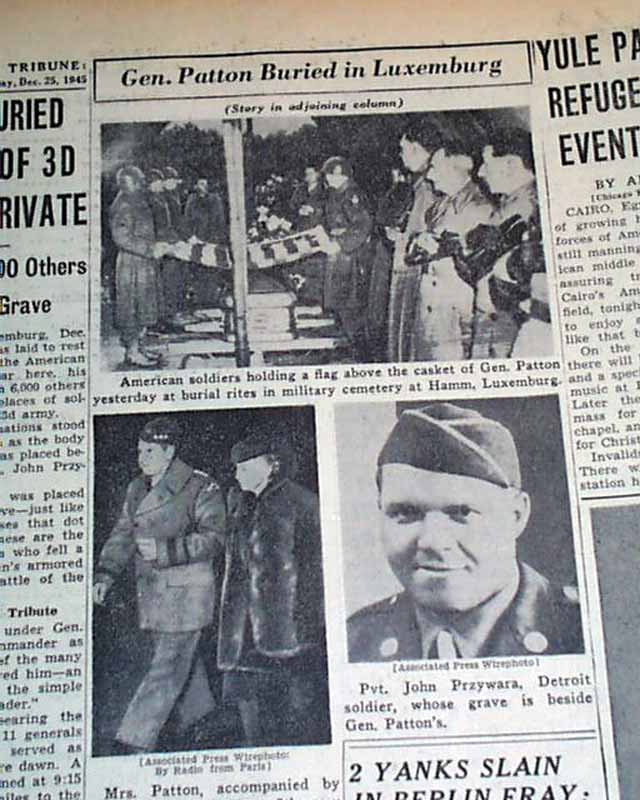 The top of page 8 has a one column heading: "PATTON BURIED AT SIDE OF 3D ARMY PRIVATE" with subhead and related pictorial.
Complete with 32 pages, light toning at the margins, some small binding holes along the spine, generally nice.