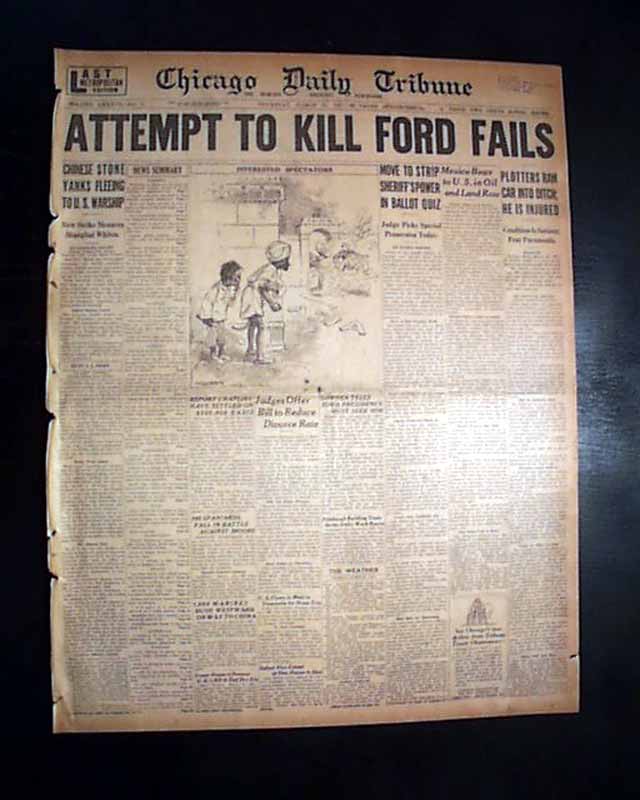 The top of the front page has a great banner headline: "ATTEMPT TO KILL FORD FAILS" with subheads. Photo of Ford is on the back page.
Complete with 38 pages, light toning, some margin wear, more so along the spine, nice for display as such.