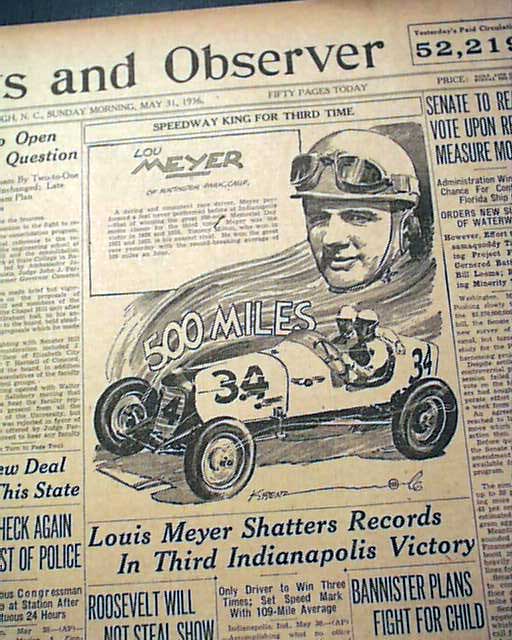 The front page has a three column heading: "Louis Meyer Shatters Records In Third Indianapolis Victory" with subhead and related illustration. (see) No mention of him drinking milk in this report but history shows that he did which started the tradition.
Complete with 32 pages, light toning, a little margins wear, should be handled with care.

source: Indy 500: Three-time Indianapolis 500 winner Louis Meyer regularly drank buttermilk to refresh himself on a hot day and happened to drink some in Victory Lane as a matter of habit after winning the 1936 race. An executive with what was then the Milk Foundation was so elated when he saw the moment captured in a photograph in the sports section of his newspaper the following morning that he vowed to make sure it would be repeated in coming years. There was a period between 1947-55 when milk was apparently no longer offered, but the practice was revived in 1956 and has been a tradition ever since.