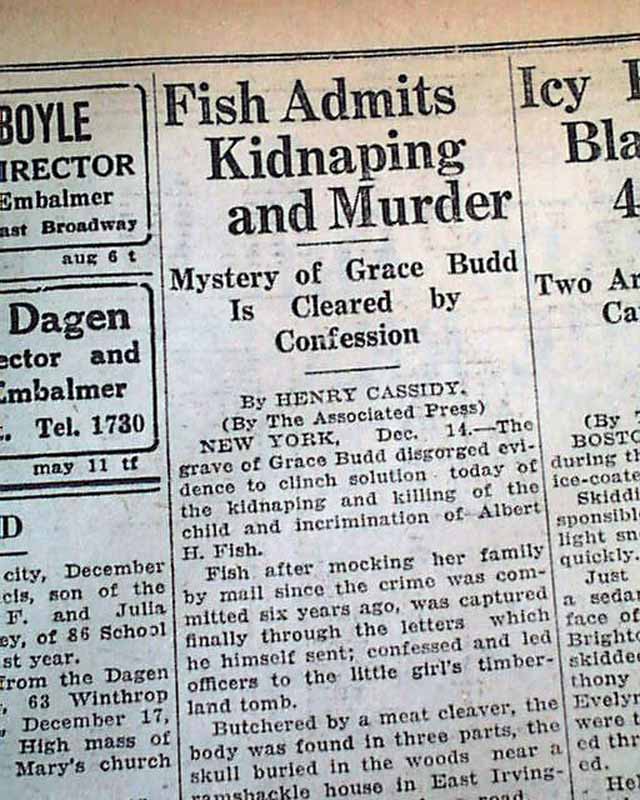 The top of page 12 has a one column heading: "Fish Admits Kidnapping and Murder" with subhead. (see) Early coverage on Albert Fish admitting the murder of Grace Budd.
Complete with all 24 pages, light toning and a little wear at the margins, generally good.