Home > Back to Search Results > On the founding of television in 1928...
Click image to enlarge 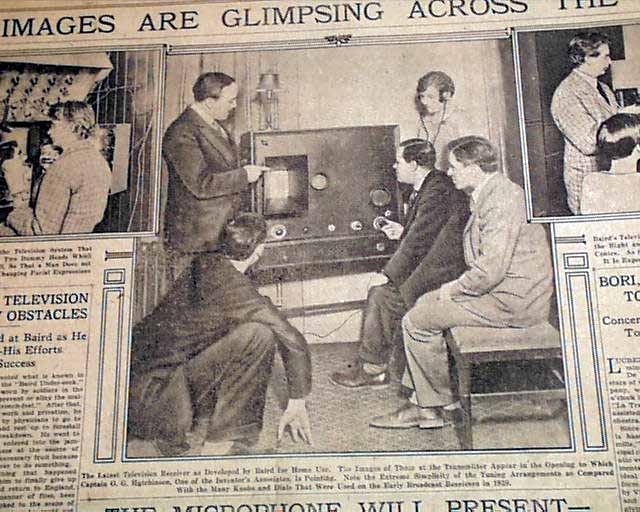 Page XX 14 (near the back) has a nice banner headline: "RADIO IMAGES ARE GLIMPSING ACROSS THE ATLANTIC" with subhead: "Scotsman's Road To Television Fraught With Many Obstacles" and 3 related photos showing John L. Baird, considered one of the inventors of television. A very early & significant report on the founding of television, an invention which would change not only the worlds of entertainment & communication forever, but society as well. A significant issue for any collector of television history.
The complete Sunday edition with 150+ pages, light toning at the margins, a little spine wear, generally in good condition.