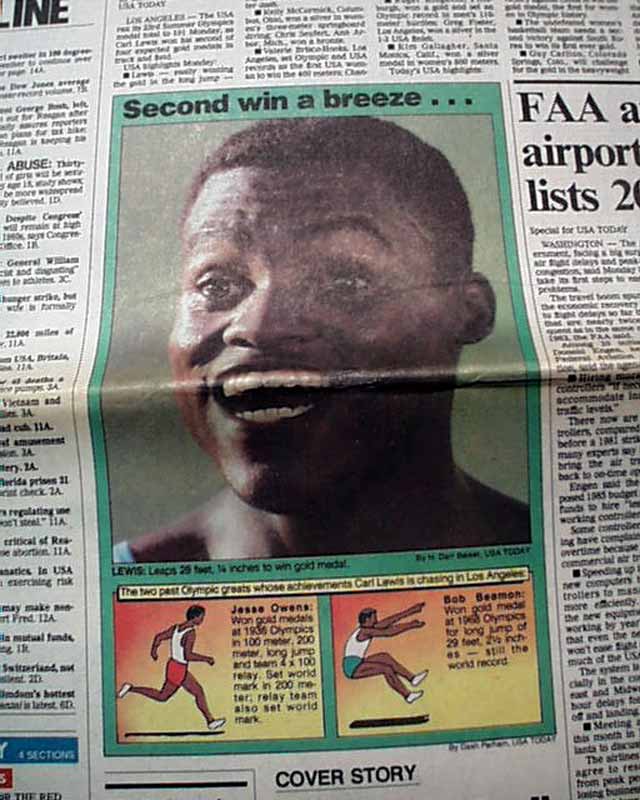 The front page has a headline that reads: "Lewis gets gold--but short of record" with photo of Lewis and more.  Lewis was trying to Match Jesse Owens four gold medals he won in 1936 Berlin. Lewis would achieve this in the following days,. Much more on the 1984 Summer Olympics in other events in the sport's section.
Complete with all sections (44 pages), nice condition.