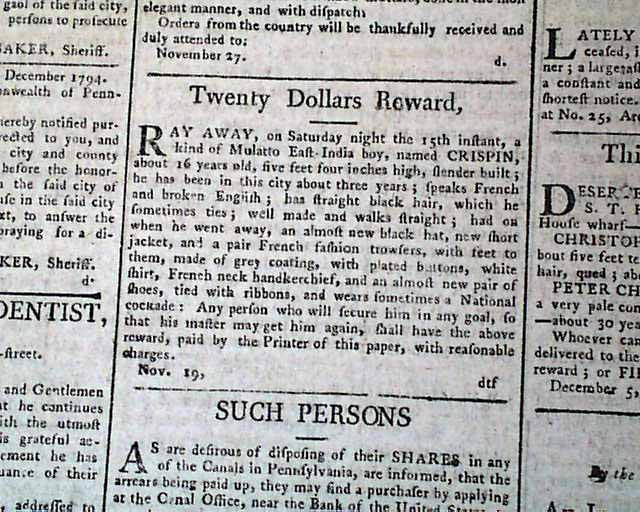 Eighteenth century American publications are somewhat scarce. The capital of the United States was in Philadelphia at this time while the District of Columbia was under construction. Contains news of the day with several advertisements including one on the front page for a runaway slave.
Four pages, untrimmed, tiny binding holes along the spine, very nice condition. 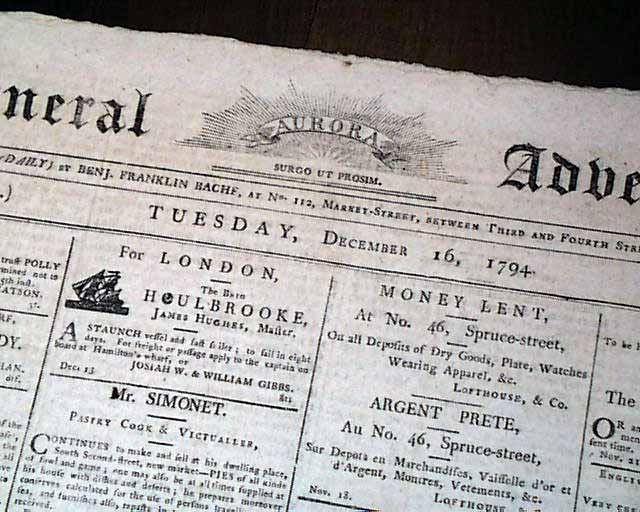 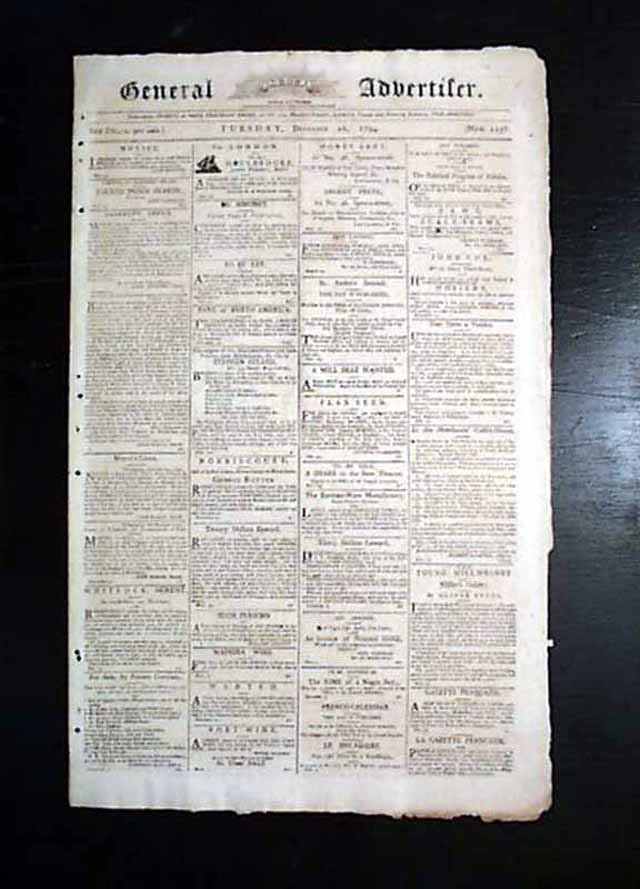 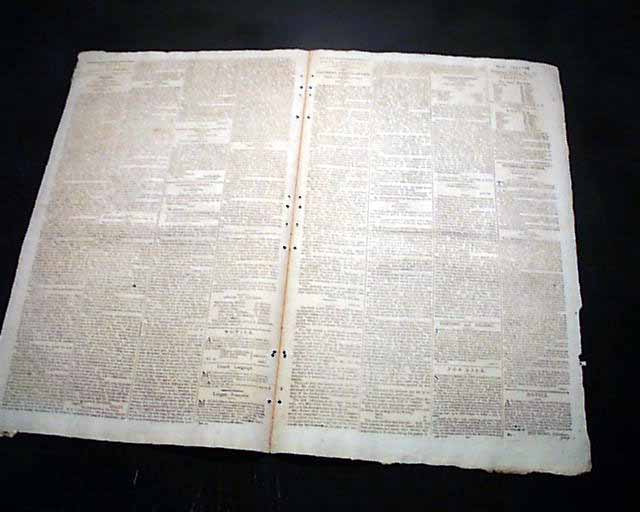 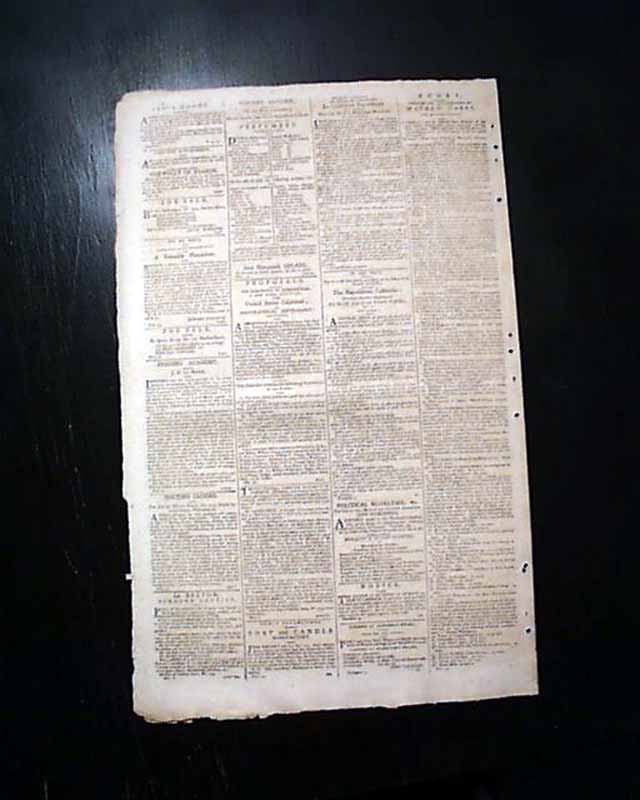