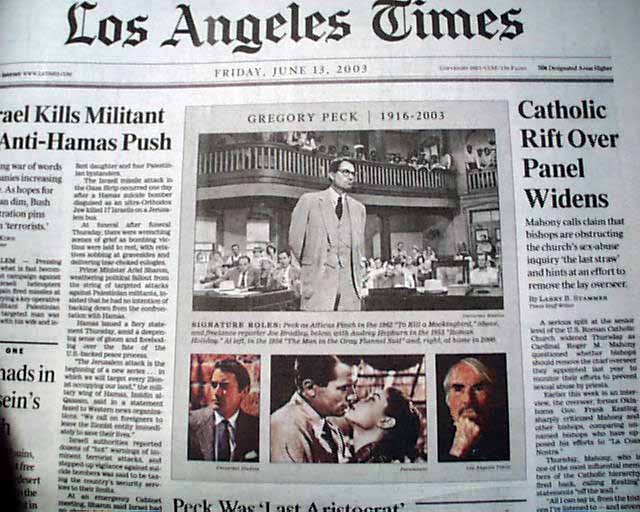 The top of the ftpg. has a boxed section headed: "Gregory Peck - 1916 - 2003" with  4 photos of him, and a 2 column head: "Peck Was 'Last Aristocrat' Of Hollywood Golden Era". The article carries over to take all of page 26 with banner headline: "Hollywood Loses Modest Hero" with 7 more photos of him (see). Nice to have this report in a newspaper from the capital of the entertainment industry as well as the city from where he died.
The complete first section only with pages 1-38, nice condition.