Home > Back to Search Results > 1916 Battle of Verdun, France...
Click image to enlarge 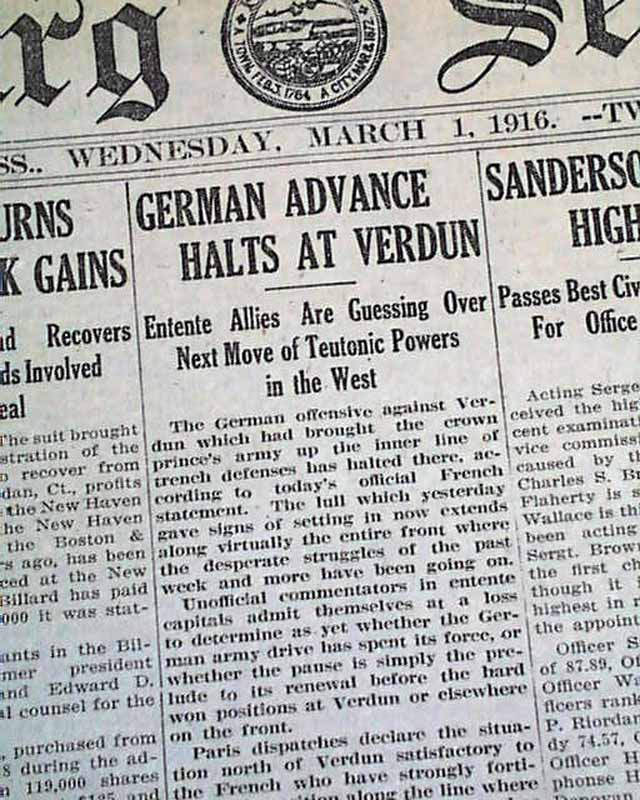 The top of the front page has a one column heading: "GERMAN ADVANCE HALTS AT VERDUN" with subhead. (see) Coverage near the beginning of the Battle of Verdun in France. Some consider this to be the greatest and lengthiest battle in World history.
Other news and advertisements of the day. Complete in 12 pages, light toning at the margins, generally nice.