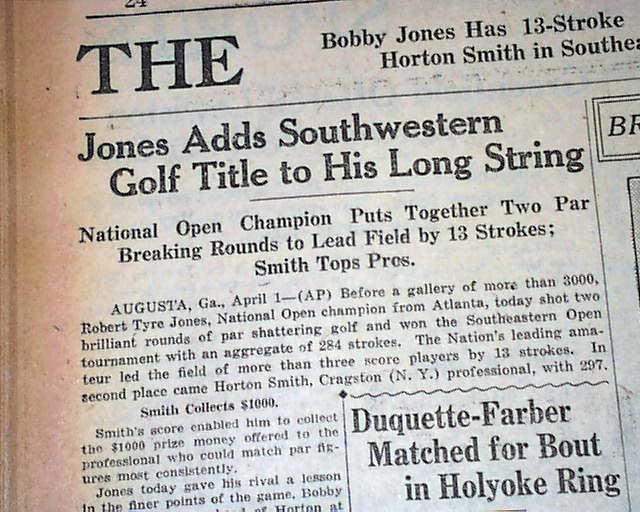 wikipedia notes: Bobby Jones began his famous 1930 Grand Slam of Golf in 1930 with a win in the Southeastern Open, which was played with two rounds on the Augusta Country Club and two at Forest Hills. He fired a third-round 69 and final-round 71 to clinch his first major of the year by 13 strokes over Horton Jones, and subsequently went on to have a banner year on tour by sweeping the four majors in the same calendar year.