Home > Back to Search Results > Obituary of Benjamin Franklin...
Click image to enlarge 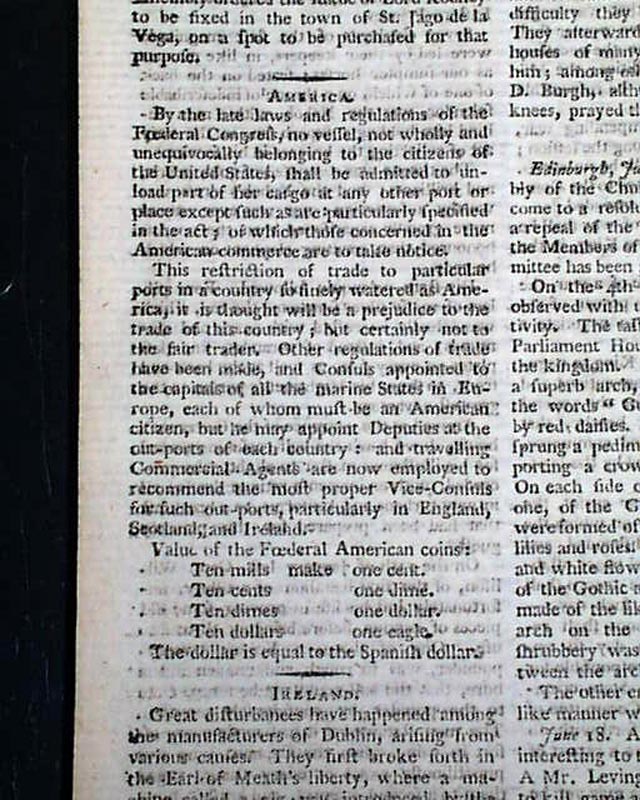 The most significant item is a report of the death of Benjamin Franklin listed near the back under the "Deaths" column. It begins: "At Philadelphia, aged 84 years and 3 months, Benjamin Franklin, esq. L.L.D. and F.R.S. He was born in 1706..." continuing on with more on his life & concluding with a letter concerning the death of his brother, signed in type: B.F. There is also a lengthy footnote taking over 1 1/2 pages with more on his life & work. This portion concludes with his famous self-written epitaph which begins: "The body of Benjamin Franklin, Printer, like the cover of an old book, its content torn out & stript of its lettering & gilding, lies here food for worms..." with more. This is followed by more on his life. An uncommonly lengthy obituary report, but then Franklin was extremely well known & respected throughout Europe.
Among other are: "Institutions on the Continent for Studying Veterinary Medicine" "Impolicy of Imposing Celibacy on the Fellows of Colleges" "Physical Disquisition on the Colour & Strength of Hair", much on: "Review of New Publications" and more.
Near the back is a section headed: "America" with trade regulations and a report from the federal mint.
All 3 plates called for are present.
Complete in 96 pages, 5 1/4 by 8 1/2 inches, full title/contents page with an engraving of St. John's Gate, great condition.