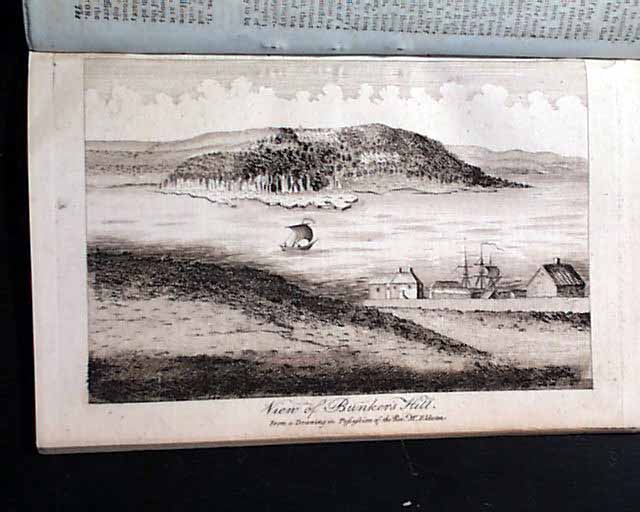 THE GENTLEMAN'S MAGAZINE, London, February, 1790  Certainly the prime piece is the very nice, full page engraved plate captioned: "View of Bunker's Hill" which is accompanied by a brief article which includes: "...very accurate & pretty drawing of Bunker's Hill, within the encampments of the Generals Howe and Clinton, and Charles Town, as it appeared after being burnt by our troops...is certainly curious, on account of its being the first situation of our army..." with a bit more.
Near the back of the issue are nearly two pages concerning an "Accurate Statement of the Late Revolution in France" which includes a letter signed by the King: Louis, as well as an "Address to the Queen" with "The Queen's Answer". Both Louis XVI and Marie Antoinette would be beheaded by 1793.
All three plates called for are present.
Complete in 96 pages full title/contents page featuring an engraving of St. John's Gate, 5 by 8 inches, very nice, clean condition.