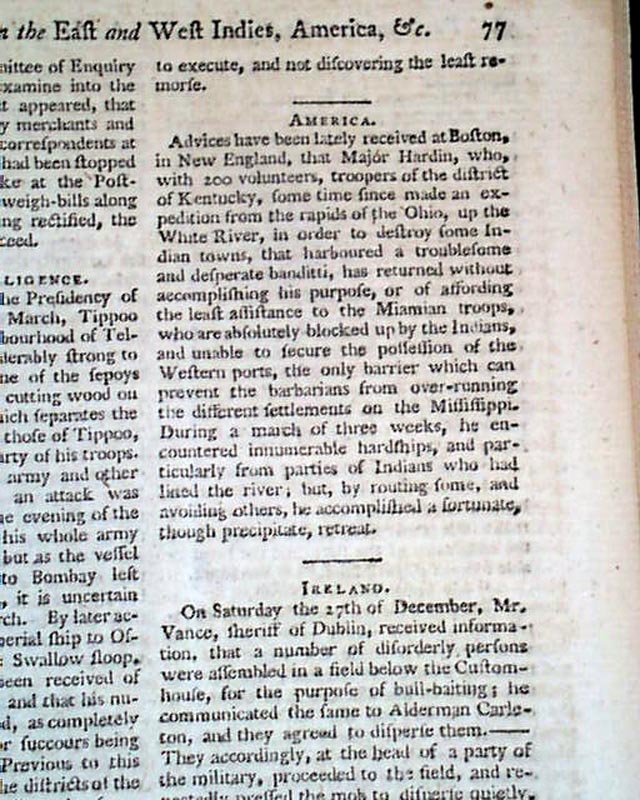 The issue includes a wide range of articles, & near the back several pages with an: "Accurate Statement of the Late Revolution in France".
There is also a report headed: "America" reporting on the Northwest Indian War, noting in part: "...that Major Hardin...with 200 volunteers...of Kentucky...made an expedition from the rapids of the Ohio up the White River in order to destroy some Indian towns that harboured a troublesome & desperate banditti...absolutely blocked up by the Indians & unable to secure the possession of the western ports,  the only barrier which can prevent the barbarians from over-running the different settlements on the Mississippi..." with more.
Included are the 3 plates called for.
Complete in 92 pages, full title/contents page with an engraving of St. John's Gate, 5 by 8 1/4 inches, great condition.