Home > Back to Search Results > Military camp newspaper from the South Pacific...
Click image to enlarge 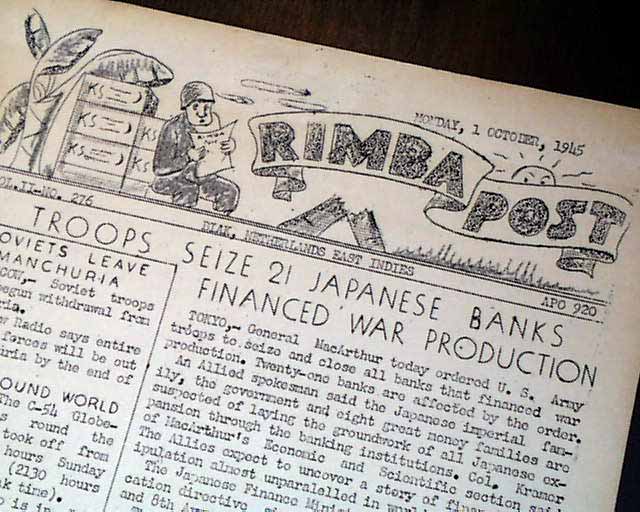 Biak is a small island located just northwest of New Guinea.  During World War II it was a strategic airfield of the Japanese Army serving as a base for operations in the Pacific theater. American forces eventually captured the island during the Battle of Biak in June of 1944. This newspaper was begun shortly after the American takeover and looks much like other crude, typewriter-set, small-size "camp" newspapers from World War II done on a mimeograph machine.
A broadside issue as it is single sheet and printed on the front side only. Measures 8 by 13 inches and in very nice condition.