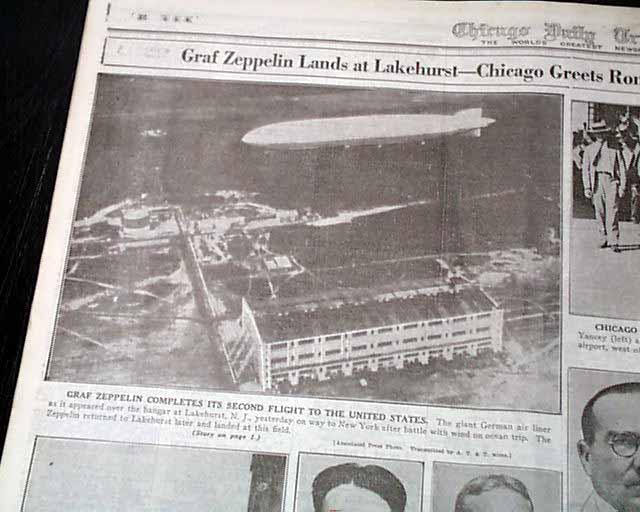 The front page has a nice banner headline: "ZEP DOCKS; CUTS FLYING TIME" with subheads. (see) More on page 2 with small related map. Two related photos are on the back  page. First report coverage on the Graf Zeppelin flight to America where it was to start a flight around the World a few days later. Nice for display. Always nice to have notable events in history reported in this World famous publication.
Other news, sports and advertisements of the day. Complete in 46 pages, rag edition in nice condition.