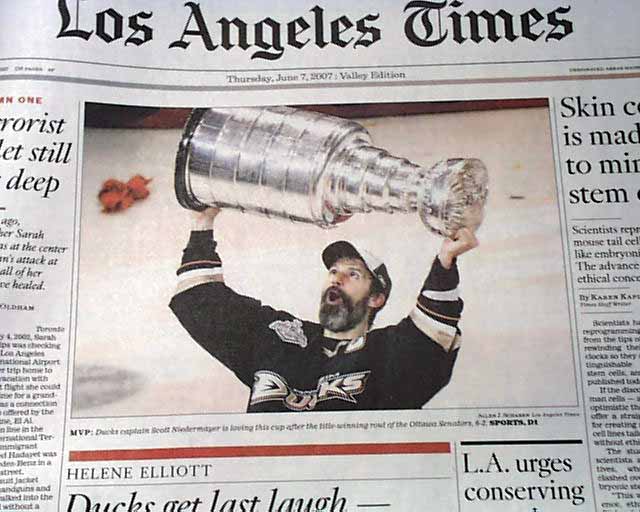 The top of the front page has a four column photo showing Scott Niedermayer holding up the Stanley Cup trophy. Also a three column heading: "Ducks get last laugh--and the Cup to show for it" Much more in the sport's section with front page headline: "Webbed Feat" with photo. More inside. Great to have in this famous L.A. publication. Very nice condition.