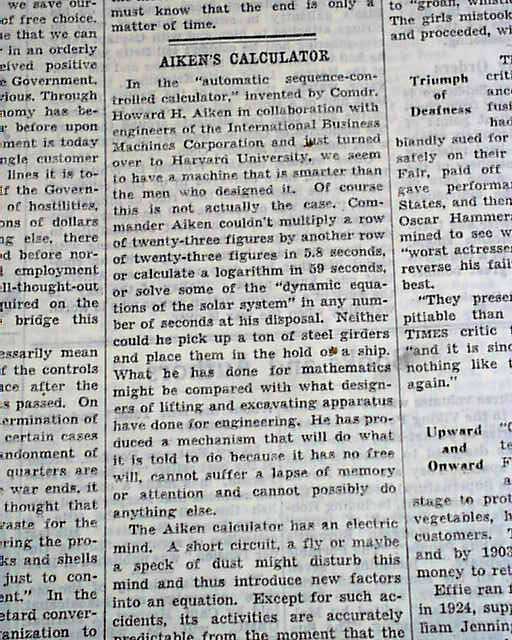 Page 16 has an editorial with small heading: "Aiken's Calculator" (see) Coverage on the introduction of the 1st large scale automatic digital computer at Harvard University.
Complete with all 30 pages, rag edition in great condition.

wikipedia notes: The electromechanical ASCC was devised by Howard H. Aiken, built at IBM and shipped to Harvard in February 1944. It began computations for the U.S. Navy Bureau of Ships in May and was officially presented to the university on August 7, 1944. The main advantage of the Mark I was that it was fully automatic—it didn't need any human intervention once it started. It was the first fully automatic computer to be completed. It was also very reliable, much more so than early electronic computers. It is considered to be "the beginning of the era of the modern computer" and "the real dawn of the computer age".