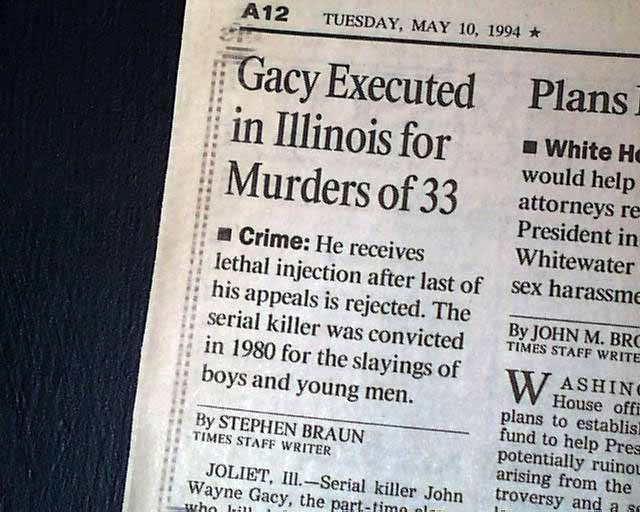 The top of page 12 has a one column heading: "Gacy Executed in Illinois for Murders of 33" with subhead. First report coverage on the execution of American serial killer, John Wayne Gacy. (see)
Also of interest is a one column heading on page 11: "Admitted Killed Guilty in First of 17 Slayings" which was NYC serial killer Joel Rifkin.
Complete 1st section only with all 20 pages, very minor margin wear, nice condition. 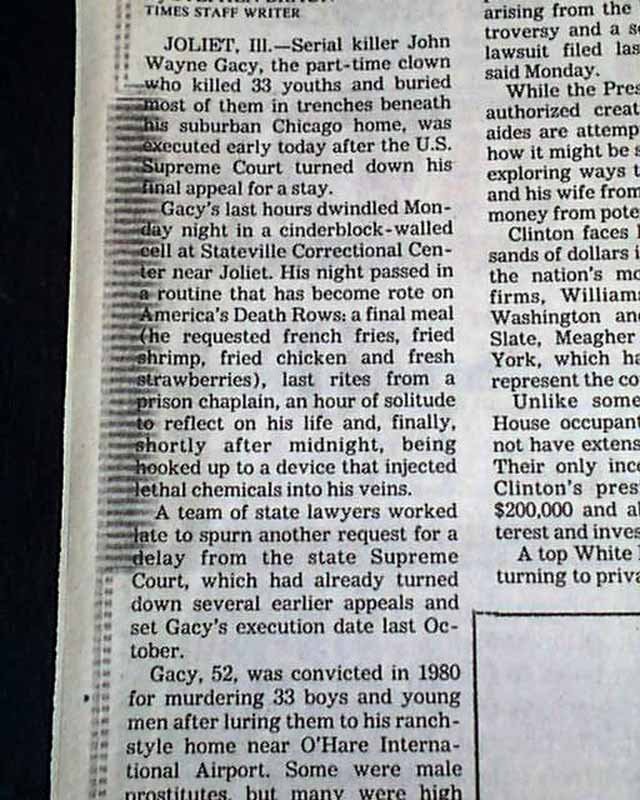 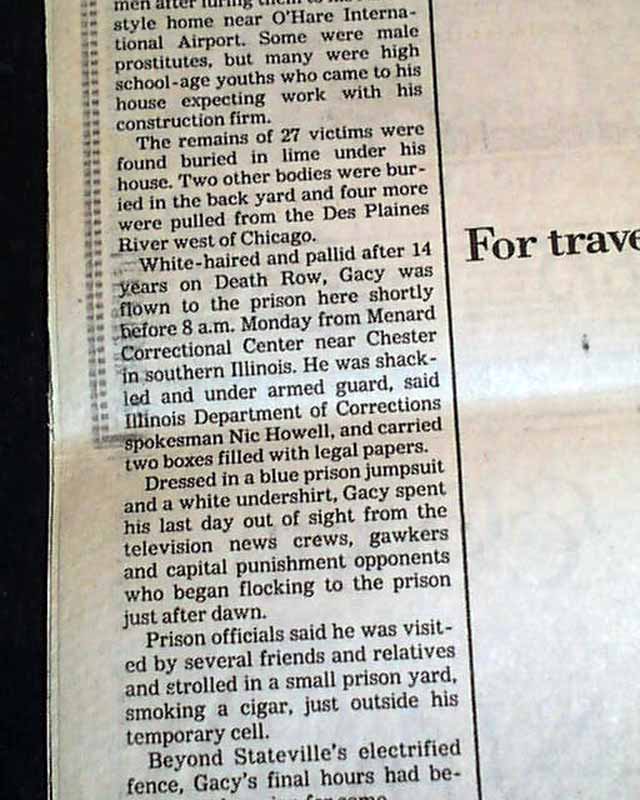 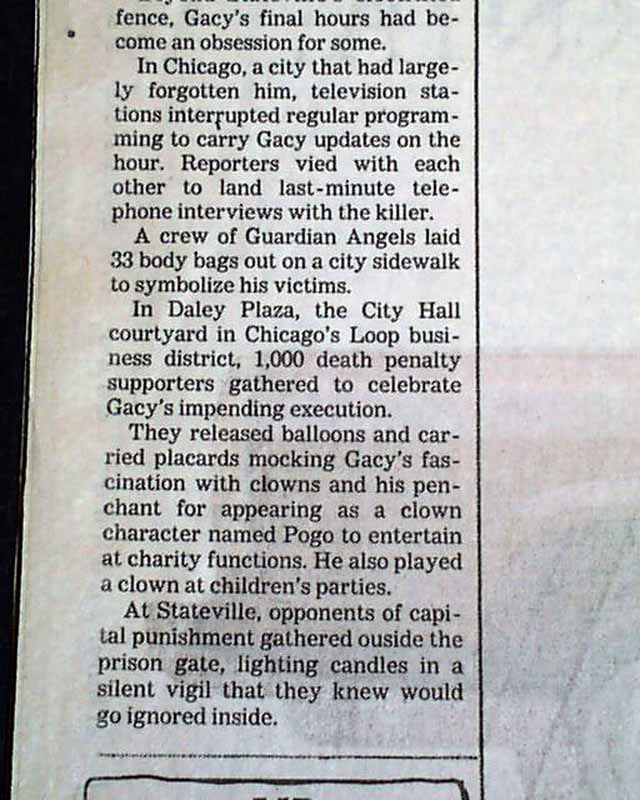 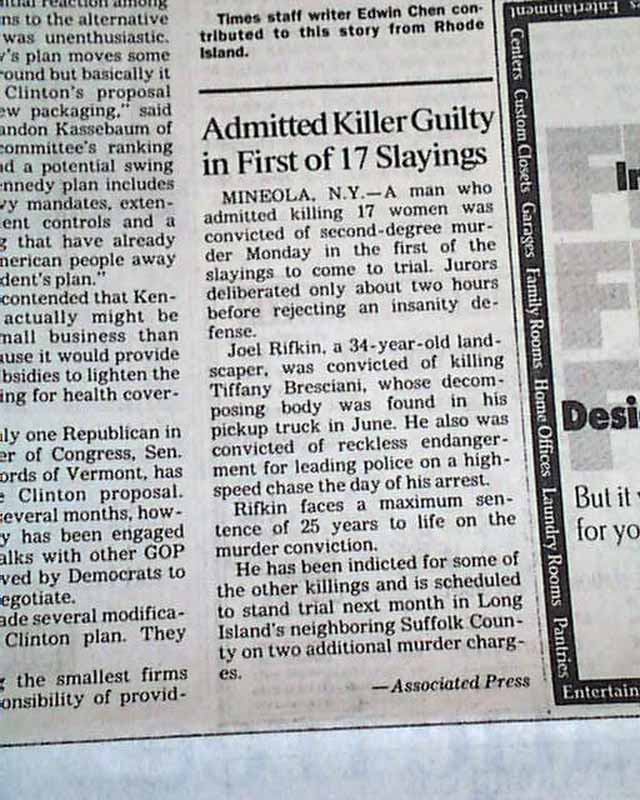 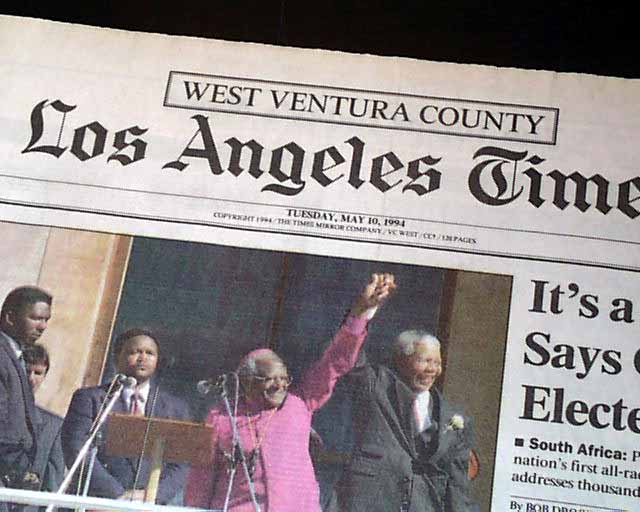 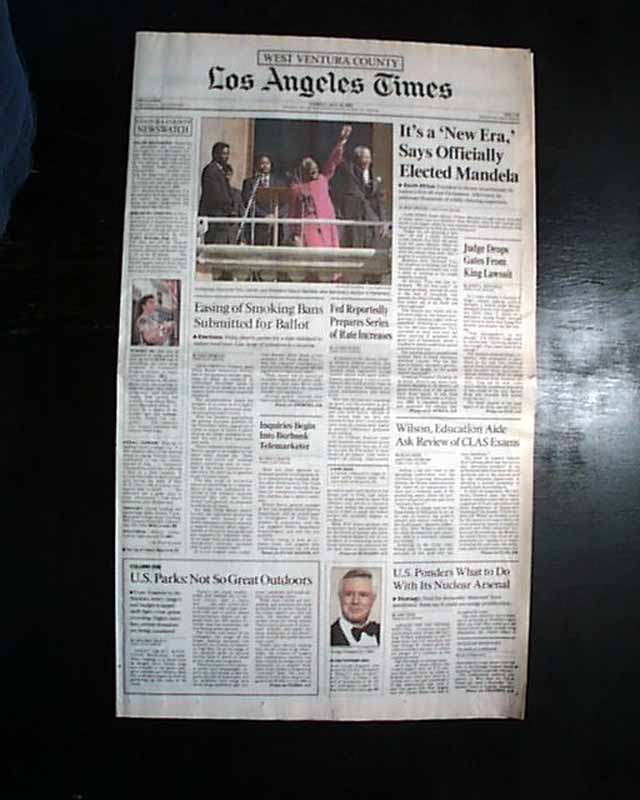