Home > Back to Search Results > Did Jefferson Davis die?
Click image to enlarge 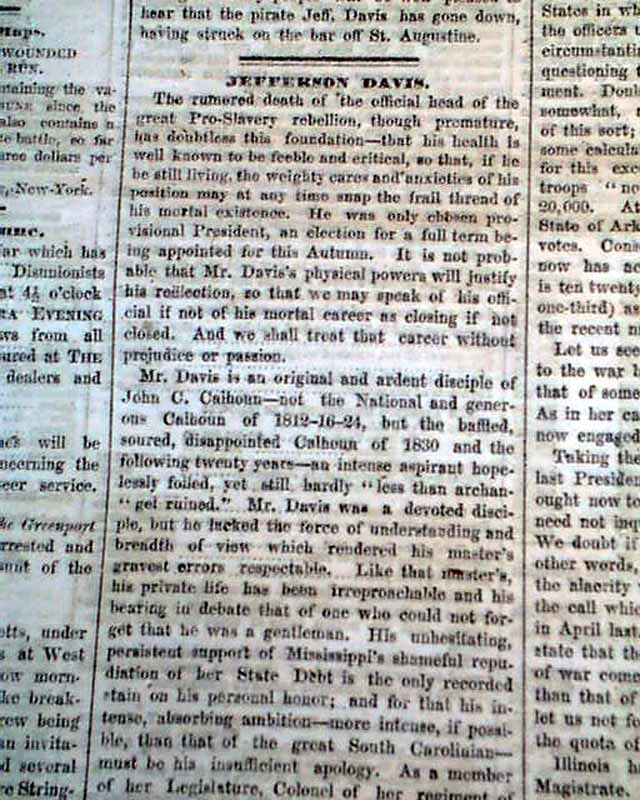 
NEW YORK TRIBUNE, Sept. 4, 1861  Among the Civil War reports on inside pages are: "THE WAR FOR THE UNION" "Jefferson Davis" which is on the rumored that he had died; "Promotions by Gen. McClellan" "The Advance of the Rebels" "Kentucky All Right" "Neutrality to Be Abandoned" "The Victory at Hatteras" "Change of Confederate Plans" & much more.
Eight pages, never bound nor trimmed, nice condition.