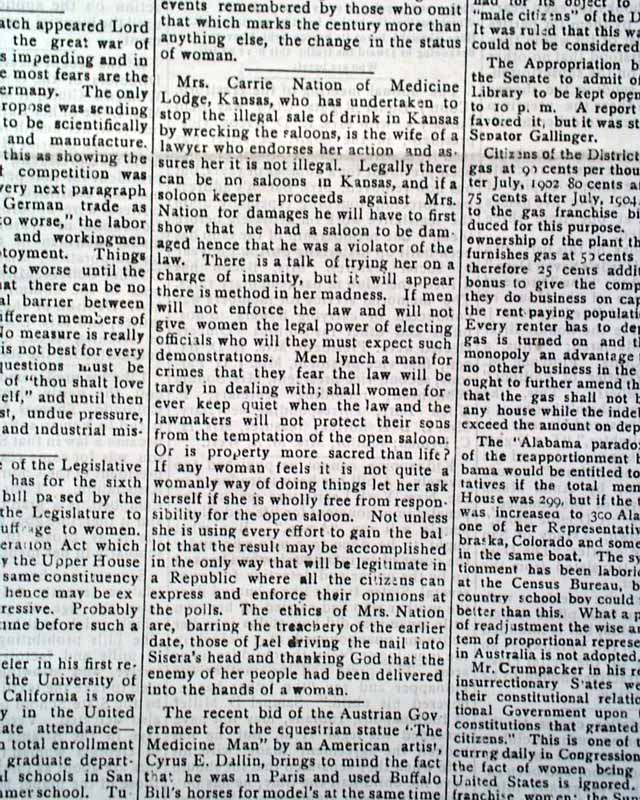 
THE WOMAN'S TRIBUNE, Washington, D.C., Jan. 26, 1901  Their motto in the masthead: "Equality Before The Law". This was the country's leading women's suffrage publication having begun in Beatrice, Nebraska, before moving to Washington, D.C. Published by Clara Bewick Colby, a women's rights activist & suffragist leader, she was a war correspondent during the Spanish-American War, the first woman to be so recognized.
As would be suspected the content is primarily focused on women's rights and suffrage including an interesting front page article concerning Carrie Nation. It begins: "Mrs. Carrie Nation of Medicine Lodge, Kansas, who has undertaken to stop the illegal sale of drink in Kansas by wrecking the saloons, is the wife of a lawyer who endorses her action and assures her it is not illegal..." with more. The back page has an advertisement for a female dentist.
Four pages, tabloid size, slightly irregular at the blank spine, stray writing along left margin, very nice condition. 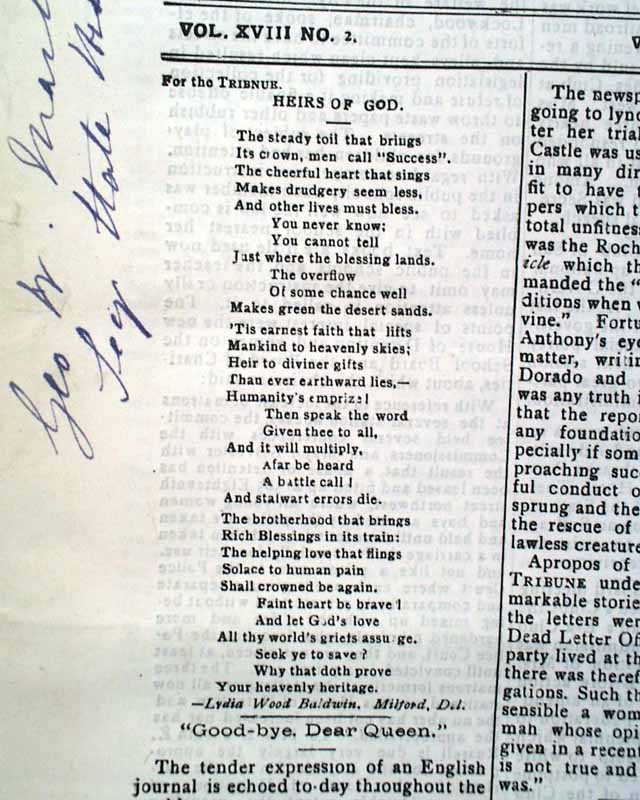 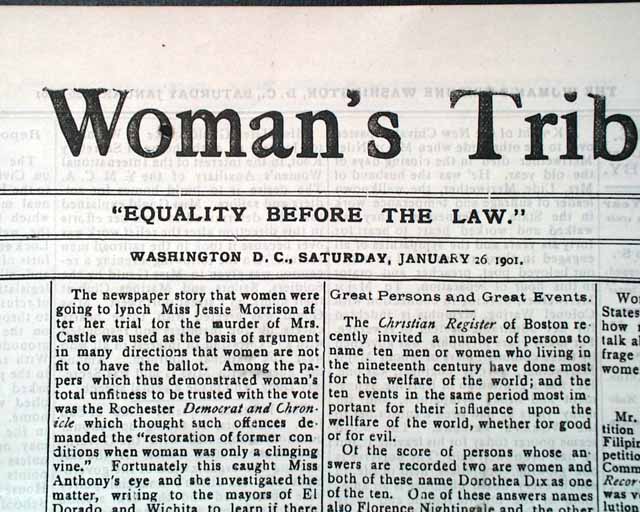 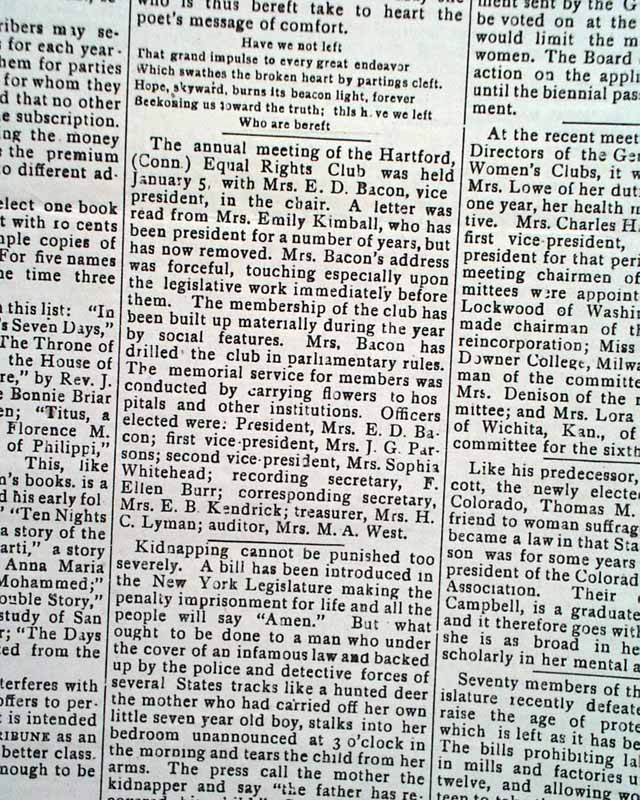 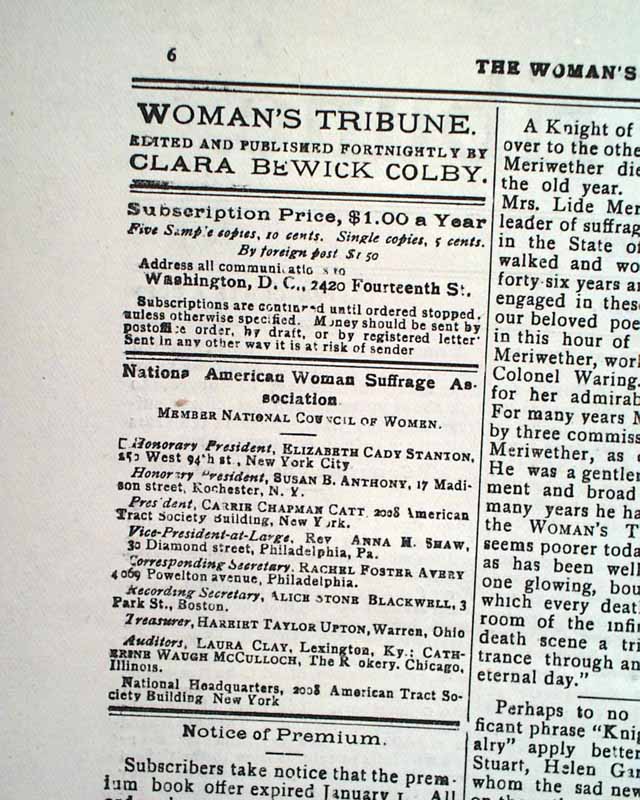 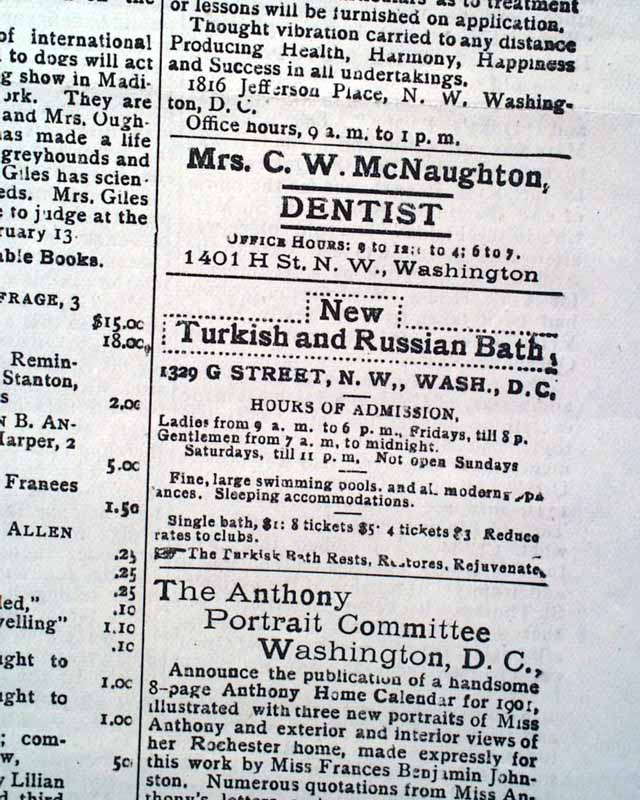 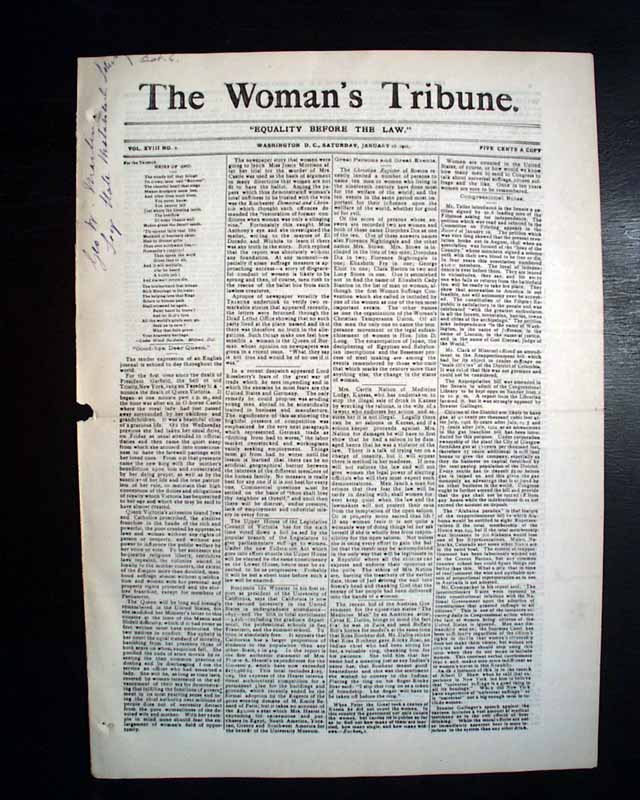