Home > Back to Search Results > Michael Jordan retires from the Bulls in 1999...
Click image to enlarge 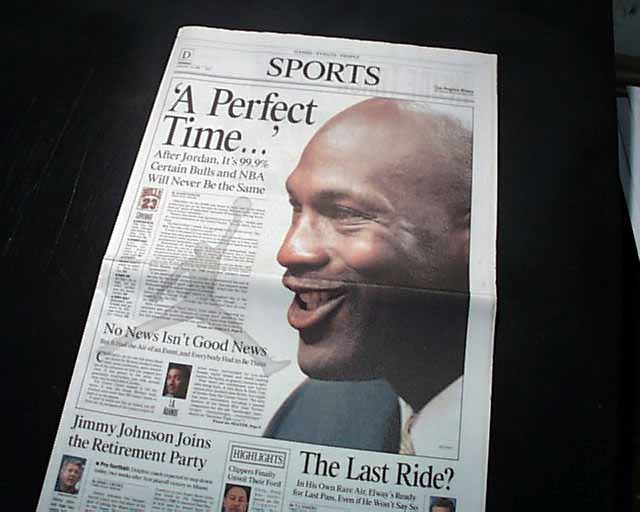 Michael Jordan retires from the Bulls in 1999...

The front page has a three column photo of Jordan during his press conference with quote. (see) Also a two column heading: "Michael Jordan Makes It Official: He's Gone" with subhead.
The front page of the sport''s section has a larger photo of Jordan with headline: "'A Perfect Time...'" with subheads. More inside this section. This was Jordan's retirement from the Chicago Bulls. He would come back for a short stint with the Washington Wizards as a player and part owner.
Complete 1st and sport's section only with a total of 36pages, very nice condition.