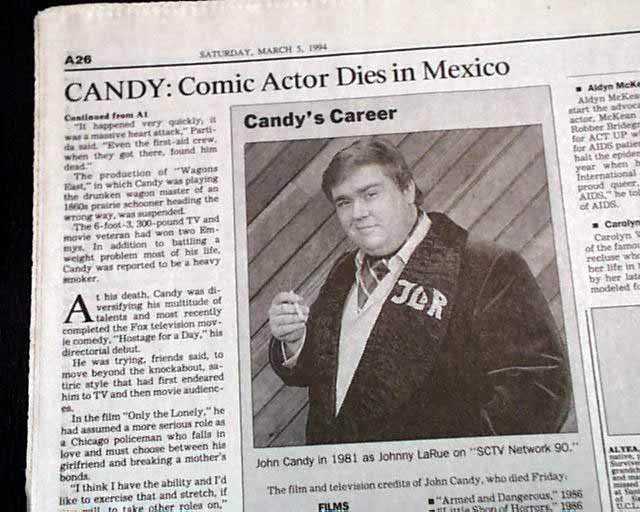 The bottom of the front page has a heading: "Comic Actor John Candy Dies at Mexico Filming Site" with subhead: "Star of SCTV" and 'Planes, Trains & Automobiles' was 43. He Reportedly Suffered a Heart Attack." The article carries over to pg. 28 & includes another photo of him.
Great to have this report in a newspaper from the capital of the entertainment industry.
The complete first section with pages 1-28, nice condition.