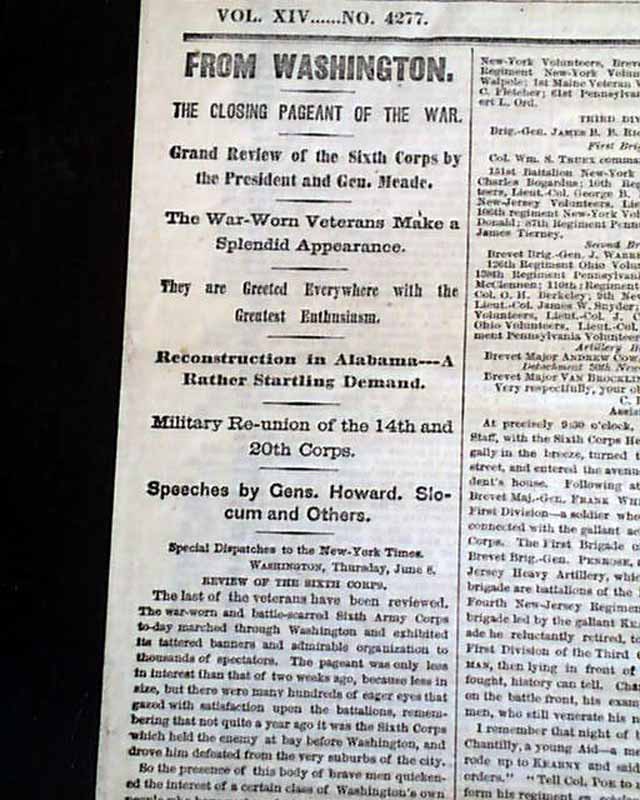 Taking over 2 1/2 columns on the front page are: "Trial Of The Assassins" "More Testimony for the Defence--A Distant Prospect of the End of the Trial" with many subheads.
Also on the ftpg: "From Washington" "The Closing Pageant of the War" "The War-Worn Veterans Make a Splendid Appearance" & more.
Eight pages, never bound nor trimmed, good condition.